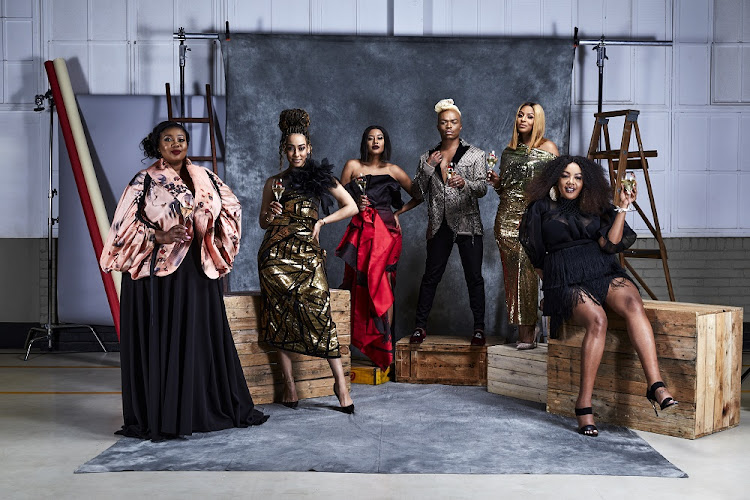 With just a little over a week before World Champagne Day (October 23), one of the brands that keep popping up in everybody’s celebrations has announced their new ambassadors.

Actress and presenter Jessica Nkosi, Luxury event designer Precious the Planner, media personalities Sarah Langa,  Lerato Sengadi and Tshepi Vundla have been announced as the new GH Mumm South Africa squad alongside multi-talented Somizi Mhlongo, who has been part of the brand for over two years.

It’s been a tough few months and bubbly lovers like the rest of the world are keen on celebrating.

SowetanLIVE caught up with Sarah Langa and asked her what she enjoys about Champagne.

What is your favourite Champagne and food pairing?

My favourite Champagne and food pairing would have to be the GH Mumm Brut with lemon meringue tart. Surprisingly they work well together, if you haven’t tried it, you have to try it. It’s just such a complimentary taste. The lemon zest and citrus with the brut works perfectly together, I would have actually expected you know a chocolate with a brut because obviously the brut is not as sweet as the other variant but brut and lemon meringue is just out of this world.

“I always say I cater for nibblers, because those are the people that like to eat everything at once but not a lot of it,” says Onti Molloyi, the ...
Good Life
1 year ago

What was the most surprising pairing you’ve tasted?

Brut and caramel dark chocolate, it was not complimentary at all. I think like I said before you would have expected the richness of chocolate to pair really well with brut but in actual fact it doesn’t. So that was a real shocker for me.

How do you plan on celebrating this year’s World Champagne Day (October 23)?

Of course there’ll be lots of bubbly flowing this coming Champagne Day, as Precious also said she’ll be popping some bottles with great company.

Top DJs club together for a stylish pop-up venue

The loud clattering of a generator was our welcome to the launch of the pop-up venue envisioned by DJs Euphonik, Black Coffee and Major League.
Good Life
1 year ago
Next Article