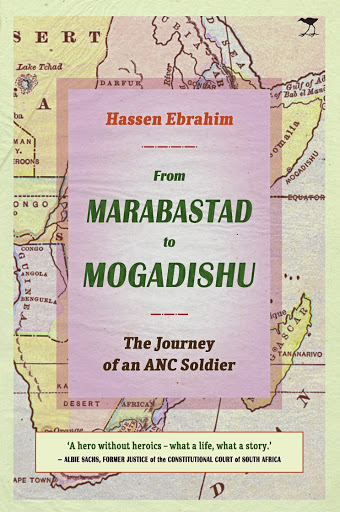 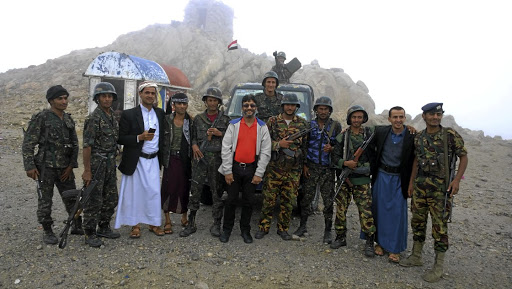 Hassen Ebrahim was an Umkhonto we Sizwe (MK) soldier. He was also a member of the political machinery of the ANC, of which much less has been written about.

In documenting his life, Hassen has devoted a portion of his fascinating book to this somewhat unknown part of the history of the liberation movement, opening the way to a richer understanding of the strategy used to overthrow the apartheid state.

The political machinery was composed of MK-trained soldiers and had to stimulate and guide the growth of legal, community-based organisations inside SA. It also had to reconstruct the ANC underground to prepare the political conditions for the overthrow of apartheid and for its replacement with "people's power".

The underground organisation of the ANC was to be strengthened by drawing into it activists thrown up in mass Struggle which, in turn, would stimulate mass support out of which would flow armed action, culminating in the defeat of the white minority racist regime. Combining legal and illegal work happened under extremely difficult conditions.

The ANC has heaped praise on Bosasa CEO Gavin Watson, describing him as an anti-apartheid activist and philanthropist who fought in the struggle for ...
News
1 year ago

I met him as we stood in the "dinner queue" waiting for our "Mugabe" - the tinned bully beef from Zimbabwe. Hassen excitedly opened his palm to show me the smallest chilli I had ever seen. He had discovered a chilli bush. Our menu took on a new life!

Hassen describes how the idea of an underground political machinery was introduced at the ANC's Morogoro Conference of 1969, when a change of direction was taken and the Struggle against apartheid was later understood to rest on four pillars: mass Struggle, underground organisation, armed action and international support.

But it was only after the trip by the leadership to Vietnam in 1978 and the drafting of the "Green Book" in 1979 that serious, practical consideration was given to the creation of a political underground.

If the four pillars were to be effective, planning had to be integrated and, most importantly, politics - and not the military - had to lead the way.

The 1985 Kabwe Conference finally addressed the vital question of mass political mobilisation and the relationship between the political and military struggles. The Revolutionary Council was dissolved and integrated planning was done at HQ level by the Political Military Council.

While each machinery operated separately and had its own specific missions, the leading role of the political machinery was to create the political conditions for armed action rooted among, and involving, the people.

This was made clear to Hassen when he first made contact with the ANC in Botswana. "Marius [Schoon] was adamant that our priority should be to establish a presence of the ANC in my community because the political Struggle was more important than the armed Struggle."

After Botswana, Hassen was sent back to SA "to establish an underground structure that would provide the foundation of the ANC's revival, presence and to spearhead the Struggle in the country".

Escalation of political activity drew the attention of the Special Branch, and Hassen was withdrawn from his area of operation in the Pretoria area, to be based in Botswana.

Then begins the chapter based in exile and working full-time as a cadre of the political machinery - a decade fraught with danger, stress, fear and emotional upheaval.

"Our lives in the Forward Areas were abnormal. Having to continuously watch over our shoulders was not the way to live," Hassen writes.

The personal difficulties, however, were tempered by the evolution of the political Struggle inside the country, the success of the strategy of the four pillars resulting in the creation of underground units and eventually a machinery he named the Kabwe machinery.

The unit was deployed to assist with quietly providing structures of the mass democratic movement with the guidance and direction of the ANC as well as to sow the seeds for the establishment of a range of other units.

Energy minister Jeff Radebe on Thursday moved to reassure the nation that he was fine, as he revealed that it was the resurfacing of a murder during ...
News
1 year ago

This interaction between the Forward Areas and the comrades in the trenches of Struggle provided for "a powerful interplay between the subjective and objective aspects of Struggle and the strategic and tactical implications in guiding it".

Hassen lifts the veil on how structures of the underground were established and operated in the latter years of the 1980s. Three of these structures are described in detail.

The first is the work that was done in Soweto and the establishment of the youth congresses that saw the introduction of new forms of mass organisation and the effective liberation of Soweto from the grip of the apartheid regime.

The structures Hassen established with ANC cadres inside the country helped change the politics of Soweto and influenced much of the country during some very difficult times. Had it not been for these underground structures, these developments would not have been possible.

The second of these structures, an Area Politico-Military Committee [APC] was established in Lenasia.

This trio defied a hostile environment to achieve.
Lifestyle
2 years ago

Working under the direction of the APC, the Ahmed Timol unit, an extremely powerful armed propaganda structure, executed more than 40 military operations.

The account of the growth and development of this structure and of the Ahmed Timol unit pays tribute to two young heroes, Prakash Napier and Yusuf Akhalwaya, who lost their lives 30 years ago in an operation in the last months of the armed Struggle.

Thirdly, Hassen records the establishment of the first nonracial regional politico-military structure in Pretoria. This structure assumed responsibility for the greater Pretoria area, including Laudium, Atteridgeville, Mamelodi, Soshanguve and other surrounding areas.

The Pretoria comrades were able to give leadership to structures of the mass democratic movement, particularly the UDF and civic organisations.

The development of the concept of the four pillars was understood by the cadres of the ANC both inside and outside the country and was captured in the slogan: Between the anvil of united mass action and the hammer of the armed Struggle, we will crush the white minority racist regime.

The “what if” game is popular with the media and the commentariat in South Africa. A popular example is “what if …” South African Communist Party ...
News
3 years ago

The Umkhonto We Sizwe (MK) council has resolved to make changes to the constitution of the African National Congress (ANC) in order to close ...
News
4 years ago

Why we cried in court

The Spear case was about lost dignity for the majority SOON after The Spear was seemingly buried, most conversations at watering holes, dinner tables ...
Opinion
8 years ago
Next Article