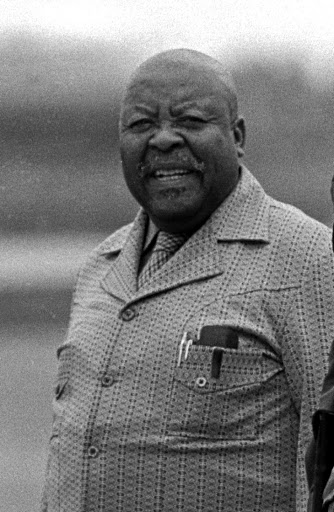 The Caledon and Vaal rivers have Sesotho names that are very instructive. The Caledon is Mohokare and the Vaal is Lekoa.

Soweto, our melting pot of nations, in part is a result of this naming. The ubiquitous migratory labour system between SA and Lesotho has a long history.

It affects Lesotho more than any country in the SADC region in which Lesotho's only neighbour is SA.

Colonialism in the form of both the British-cum-Afrikaner settler type as well as Afrikaner apartheid negatively affected not only the SA black population but impacted the territorial integrity of Lesotho adversely.

Africa to decide on free-trade zone: what’s at stake?

“As long as we maintain the status quo, Africa really will have very low development prospects.”
News
2 years ago

Many across the world and in South Africa always ask the question, "why is this country - Lesotho - in a country South Africa?" They often venture a solution of why does it not become the 10th province?

King Moshoeshoe resisted and defeated both British and Afrikaner aggression over a protracted period of time. In the battle that took place in Mohlanapeng and Mathebe, the British soldiers were defeated.

In their praise songs, Basotho envisioned the instantaneous internet access to information and messaging.

The praise singer said the following about how the blood of the dead white soldier reported the death of its owner: "The black blood of the white man's nervous system escaped long before we could write and report to the British authorities of the demise of their dead warriors.

"In fear and trembling from war, it crossed the treacherous waters of the oceans. Arriving before Her Majesty it said we arrive from the open lands of Mohlanapeng, the war field where whites have been teased by the Basotho warriors. We were beaten long before the warm-up and we are here to report our defeat."

In our world where lack of cash reduces the poor to be victims of legal injustice, and the rich get away with crime, we should teach our children ...
Opinion
10 years ago

In Qalabane, Afrikaner general Louw Wepener knew the deadly power of a stone from a Mosotho warrior where his head was decapitated and the Afrikaners had to retreat and run away from the Basotho warriors.

At Thaba-Bosiu, no white soldier ever mounted the summit during combat. They were defeated and retreated. This is the place Moshoeshoe chose as a strategic sanctuary that would never be invaded.

Moshoeshoe the strategist, diplomat and peacemaker would in later years seek protection from the British hoping that behind that deceptive tight lip the British would be honourable and truthful.

But they could not where capital is at stake. Later as colonial expansionism reached its zenith, the two-tongued British with the help of priests facilitated the annexation of Lesotho and parcelled it out to the Afrikaners.

In disgust, Moshoeshoe remarked: "Have they taken our land that far?" In Sesotho, this is le koa? This is where the nameLekoa River comes from.

Colonial powers did more damage to their African colonies than good

Of course, there were instances where colonial powers made positive contributions to the development of their colonies.
Opinion
2 years ago

But the colonialists squeezed for more, connived and took over what is now known as Free State, and the elderly statesman remarked: "Even here in my country?" In Sesotho, le moo ka hare? And Mohokare River got its name.

The Basotho held the British government to account on the facilitation of theft of land and ceding it to the Afrikaners when an express protectorate status was arrived at.

As the cloud of colonialism drew to a close post World War II, the two-tongued British were confronted on this issue by His Majesty King Moshoeshoe II and Ntsu Mokhehle of anti-colonialism movement the Basotholand Congress Party.

The Organisation of African Unity in its wisdom had ruled that upon taking independence, the colonial boundaries would stand.

It was in this regard that King Moshoeshoe II and Mokhehle held a position that they would not take independence until the Orange Free State was restored to Lesotho.

As usual, the politics of divide and rule prevailed and the British found a willing party headed by Chief Leabua Jonathan of the Basotholand National Party.

He would be willing to contest the position, and Lesotho chose the half-baked dispensation of accepting the theft of their territory by SA.

So, as SA blacks fight for expropriation of land without compensation, similar and equally justified questions emerge for Lesotho and to an extent Swaziland and Botswana. Perhaps time is ripe to open the discourse in the context of regional integration.

*Lehohla is the former statistician-general of South Africa

The All African Federation of Churches (AAFC) is up in arms over what it has described as "religious capture", which it says has been unleashed by a ...
News
5 years ago
Next Article