How Fischer defied conditions of his birth 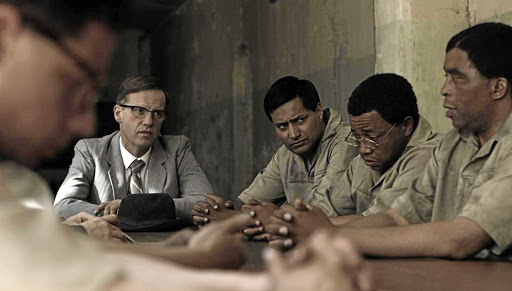 Bram Fischer, after whom the Soweto township of Bramfischerville was named.
Image: Supplied

This week South Africans can be reminded of the extraordinary story of a man whose name for many may only be that of a Johannesburg road and a Bloemfontein airport.

But for those of a particular generation – such as Nelson Mandela and his fellow accused at the Rivonia Trial – Abraham Louis Fischer was an anomaly in the racially, Afrikaans dominated world of the apartheid regime in the 1950s and 60s.

Known by his shortened name “Bram” – Fischer was not just an Afrikaner whose sympathy lay with the black oppressed suffering under the injustices of white minority rule. He wasn’t just of Afrikaner stock – he was royalty; the son of the Judge President of the Orange Free State and grandson of a former Prime Minister of the Orange River Colony.

He was a graduate of Greys College in Bloemfontein, a provincial rugby player, nationalist supporter and then a Rhodes scholar at Oxford. He was courting Molly Krige, a distant relative of the wife of Jan Smuts and for his family and die volk it must have seemed that Fischer was destined to do them proud and uphold the values of the Afrikaner people as God-given rightful heirs to the land and political domination of South Africa.

However, a trip to Russia during an Oxford vacation break in 1932 changed Fischer and set him on the path to becoming the man who Nelson Mandela would celebrate and the New South Africa would honour by naming a road and an airport after him.

The road to Damascus story of Fisher’s change is not without its problems – while he noted the similarities between the experiences of Russian peasants and their black South African counterparts, it seems that Fischer, like many of his fellow communist sympathisers back home was too taken with the ideals of communism to condemn the atrocities of Stalinism until long after even the Russians had forsaken him.

That said, it is certain that Fischer’s dedication to communism and his membership and rise within the ranks of the South African Communist Party lead him to completely change tack and fight wholeheartedly and correctly for the rights for all in his homeland.

Rivonia trialist Andrew Mlangeni has welcomed the availability of 250 hours of recordings of the trial.
News
3 years ago

As a lawyer he took on many cases involving the defence of ANC and SACP leaders, working on the defence of the treason trialists in 1956 and later, and perhaps most famously and self-destructively, as the leader of the defence of Nelson Mandela and the other accused at the Rivonia Trial in 1964.

Which is where we meet him in Dutch director Jean van de Velde’s film An Act of Defiance, released elsewhere in 2017 but making its South African debut this weekend. Played by Dutch actor Peter Paul Muller (and if you’re at all familiar with Afrikaans then you’ll notice accent problems as big as those we complain about when any American actor plays Mandela) – the story begins on the day of the arrests that lead to the trial.

As the leader of the SACP, Fischer was part of the Rivonia inner circle and it was only chance that lead him not to be among those arrested. His role within the SACP was one that he managed to hide from the prosecution, lead by the equally complicated but much more venal and shortsighted Jewish state prosecutor Percy Yutar (José Domingos).

In a proper configuration of this legal drama the battle between Yutar – one of eight children of a Lithuanian immigrant who had maimed his hand while working in his father’s butcher shop as a child, devoted himself to proving to the National Party that not all Jews were communist trouble makers and Fischer, the ungrateful scion of a good Afrikaner family who had chosen to turn his back on his advantages for the greater good of those less fortunate than him, would have been better exploited.

It’s hinted at but Van der Velde’s well-executed, well-acted, generally less on-the-nail-hammering than most similar biopics of South African struggle drama focuses on Fischer’s struggle to ensure that his comrades would not be sentenced to death while simultaneously trying to continue his work for the struggle and keep things stable on the home front where he had the loyal support of Molly but also had to deal with the health problems of his son Paul and questions of his daughters Ruth and Ilse.

While the events of Fischer’s life and that of his comrades during the Rivonia Trial may seem to present the right lens for a biopic and while that biopic may be well carried off, I’m not sure that they’re necessarily the most interesting aspects of Fischer’s story. The film chooses to focus on Fischer’s heroic moment – the peak of the arc of his story but what happened after Rivonia is the truly tragic and heartbreaking part of his story, particular when viewed through the lens of everything that had happened before.

Shortly after securing a life imprisonment sentence for the accused at the Rivonia Trial – a victory in light of the death penalty that could have been imposed – Fischer, Molly and their friend Liz Franklin were driving to Cape Town to celebrate Ilse’s 21st birthday when Fischer swerved the car to avoid hitting a cow.

The car overturned, landed in a river and Molly, the love of Fischer’s life, drowned. When Fischer stoically arrived at Robben Island to confer with Mandela and the other accused and never told them of his wife’s death.

When former President Nelson Mandela said he was willing to die for freedom in South Africa during his famous speech at the Rivonia trial on April ...
News
3 years ago

Shortly afterwards Fischer was finally arrested for his anti-apartheid activities and so began a journey that we are only told of in a few captions at the end of the film – a journey filled with uncertainty and tragedy and leading ultimately to Fischer’s destruction by the forces of the powers that he had rejected. The Afrikaners and the NP would never forgive him for his “race-treachery” and ultimately they would have their revenge.

Fischer was charged with 12 others for being a member of the banned SACP. He was released on bail and went to London to work on a patent case – he could have stayed there and never returned as so many political activists had before him but Fischer said that he was an Afrikaner, “My home is in South Africa. I will not leave my country because my political beliefs conflict with those of the government.”

During his trial however, Fischer disappeared, sending a letter that was read out in court in which he acknowledged that while his decision might have meant that, “My eventual punishment may be increased by my present conduct.” However he went on to say:

My decision was made only because I believe that it is the duty of every true opponent of this Government to remain in this country and to oppose its monstrous policy of apartheid with every means in his power. That is what I shall do for as long as I can...

What is needed is for White South Africans to shake themselves out of their complacency, a complacency intensified by the present economic boom built upon racial discrimination. Unless this whole intolerable system is changed radically and rapidly, disaster must follow. Appalling bloodshed and civil war will become inevitable because, as long as there is oppression of a majority, such oppression will be fought with increasing hatred.”

After 290 days underground, against the advice of Mandela, Fischer was finally arrested in a jubilant show of strength for the Verwoerd government and its celebrated Minister of Justice BJ Vorster. Fischer was sentenced to life imprisonment and sent to Pretoria Central Prison. While there his son Paul died of cystic fibrosis at the age of 23.

Fischer’s health deteriorated during his time in prison and fellow political prisoners, Denis Goldberg and Marius Schoon were deeply concerned about his health, Goldberg deciding to keep a diary of the former advocate’s medical treatment, which would later be smuggled out of prison.

The government who Fischer had turned his back on were vindictive to the very end – when in 1974 he requested a crutch to help him walk, he was denied one and so his fellow prisoners improvised using a broom handle. When he fell later that year and fractured his femur and neck, it took thirteen days before he received treatment – when he did, he returned from hospital in an even worse state and eventually it was found that he had cancer.

Through networks within the ANC and organisations within the country, a public outcry erupted when news of Fischer’s condition reached beyond the walls of the prison and begrudgingly, Vorster, now the Prime Minister, acquiesced to Fischer’s release under house arrest in the care of his brother in Bloemfontein in 1975.

In this dark, twisted version of the biblical tale of Job – Vorster and the government played God, but unlike Job, there was little respite for Fischer – he died a few weeks later. His remains were cremated and the family never received them in spite of calls from MPs for a final small show of decency and humanity from the government for the man they could never forgive for embarrassing them so publicly and defiantly to his dying day.

None of this is in Van de Velde’s film but it should always be remembered that the story of Bram Fischer didn’t end with the Rivonia Trial and his life and the road and the airport are named after him stand - in a democratic country that he devoted his lie to but never saw realised - for not only liberal Afrikaners but all South Africans, as a reminder that as Antjie Krog wrote in her 1998 book Country of my Skull, “He was so much braver than the rest of us, he paid so much more, his life seems to have touched the lives of so many people – even after his death.”

An Act of Defiance is a moving portrait of a particular moment in a great man’s life but it is only part of the story and the rest of that story is worth telling too. Bram Fischer’s name will forever remain a testament to the idea that one is not made by one’s birth or circumstances but rather by how one chooses to react to them.

• An Act of Defiance is currently on circuit.