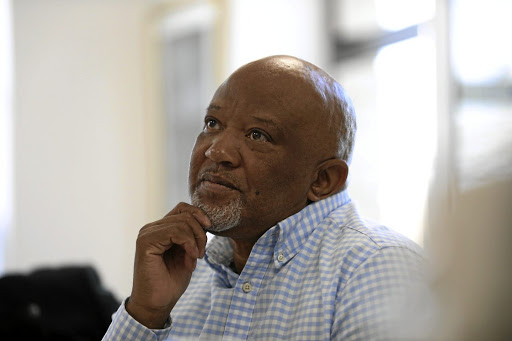 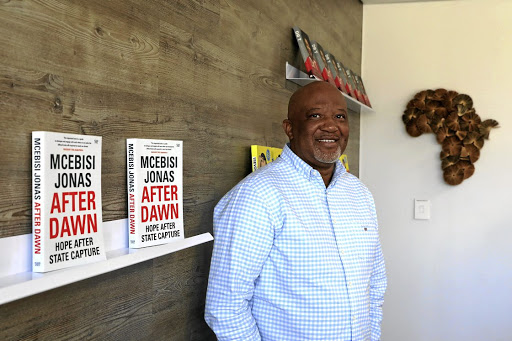 Mcebisi Jonas could have easily written a gripping tale of how he resisted a Faustian pact that would have seen him score a cool R600m and gain arguably the second most powerful portfolio in cabinet, the finance ministry.

When it comes to books in SA currently, nothing sells like state capture. And as someone who blew the whistle on the Guptas, and their associates trying to buy his soul one afternoon at their compound in Saxonwold, Johannesburg, Jonas is better placed than most to tell the story.

But in After Dawn - Hope After State Capture, Jonas does not dwell on the Guptas, and how they tried to steal our freedom and future right under our noses. Instead, the former deputy finance minister examines the factors, going as far back as the 1994 consensus that made transition to democracy possible, that would have made the Gupta-style state capture possible. Most importantly, Jonas analyses the severe economic crisis we are in, and suggests possible solutions.

It is Tuesday morning. We are at the offices of Pan Macmillan, the parent company to After Dawn's publishers, Picador Africa.

The offices, located in Melrose Estate, are barely three kilometres from the infamous Saxonwold compound. This prompts me to wonder, rather loudly, why Jonas has decided to write about economic and political policy option rather than the drama that took place when Duduzane Zuma, the favourite son of former president Jacob Zuma, took him from a Rosebank hotel to what is now popularly known as the Saxonwold shebeen.

Perhaps to be expected for a man who co-ran National Treasury as a deputy minister, it turns out Jonas' concerns go far beyond the Guptas and Zuma.

The former deputy finance minister will step in from December, with five directors set to leave by April 2020
News
3 years ago

"There is a growing concern for me that there is no serious debate about where we are, and the challenges we are facing. I get a sense that most people seem to look to problems through factional political eyes and there is no acknowledgement of the weaknesses we have, nor serious attempt to deal with them," he says.

In the book Jonas cautions against the "phenomenon of personality politics" as this "risks distracting us from finding sustainable solutions to our challenges".

It is a warning that should be taken seriously. While the first 10 years of democracy SA seemed focused on building a new nation underwritten by strong economic growth, our politics since around 2004 has been dominated by division with the nation split between those who supported then president Thabo Mbeki, and those who didn't; those who backed Zuma and those who fought him; and now, those who are on the side of President Cyril Ramaphosa and those who want him ousted from office.

The economic situation continues to worsen, jobs are lost and inequality increased without any meaningful policy interventions.

Which brings us to Jonas' second concern: Post-apartheid SA, especially in the past decade, has had "no big idea".

"We were sustained through Struggle because there were big ideas about the kind of society we were trying to build. It is not necessarily a SA problem because if you think about the US and Trump, Brexit and the couple of thing that are happening in Poland, Venezuela and other parts of the world. There seems to be paucity of big ideas. And then it is only the more populist people who tend to venture into visions and articulating big ideas," he explains.

Populism does appear to be on the rise. But we see signs of it here at home too, espoused by groups from both right and left of our political spectrum.

Jonas partly blames this phenomenon on liberal democracy, failing to live up to its promise of a more inclusive and just world.

The ANC has expressed its support for former president Jacob Zuma who is appearing before the state capture commission of inquiry in Parktown on ...
News
2 years ago

"Globalisation has had its winners. Certainly, the elite won. But there have been losers, the working classes, the poor and even the middle classes.

The second pillar was the aspirant black elite which was accommodated through policies such as black economic empowerment; affirmative action and state procurement policies.

Labour benefited from the 1994 consensus through pro-labour legislation and above-inflation increases for the civil service.

The poor and unemployed, who form the final pillar, benefited through the expansion of the social welfare net.

Economic growth underpinned the 1994 consensus and with the economy becoming sluggish from around 2008 to date.

The business elite is unhappy and not keen to invest in the economy, the aspirant black elite is restless due to diminished opportunities in both the public and private sector, unemployment and below-inflation increases is angering organised labour and the poor, and unemployed are turning to "service delivery protests" and populism as a response to their condition.

Following Zuma's fall, there has been much emphasis on the need to root out corruption in state institutions. Jonas sees this as a necessary step.

"It is not enough if it is not complemented by a programme of careful state reforms, both to eliminate and reduce opportunities for state capture in the future, and to improve the performance of government administrations across the state."

In his diagnosis, Jonas identifies eight realities that need to be confronted. These range from the job crisis which largely affects black youth; growing inequality; the low growth trap to falling investment by private sector and the state. He also argues that our economy is not competitive compared to countries of similar size; the education system is failing to prepare the youth for the future, and that we are lagging behind when it comes to the fourth industrial revolution.

It is part two of the book that is likely to generate much debate, and that is precisely what Jonas aimed to achieve.

Jonas - who has been an activist of the ANC and its associated organisation since he was 14 - wonders if Ramaphosa, and the current ANC leadership, would deliver on their promise to fight corruption.

"But will Ramaphosa and the new leadership be able to pursue powerful individuals whose support is needed for the next election? If they are prosecuted, will it not endanger his already precarious national leadership? Hard decisions will have to be made.

"On the other hand, if Ramaphosa is able to look beyond the binary, but umbilically linked choices, of ANC unity versus South African stability, and instead takes some courageous and disruptive decisions, he stands to benefit from the unprecedented historical moment he currently faces,"Jonas writes.

Some of his proposed solutions would not be comfortable for big business, especially those who have grown comfortable with the status quo of uncompetitive monopolies, and an ownership structure modelled on apartheid.

"Inclusive growth will only be achieved if we are able to de-concentrate ownership and cartel behaviour, dis-incentivise rent-seeking and reorient the finance sector to incentivise financial flows to the productive sector."

What come through strongly in the book is Jonas' call for South Africans to think outside the box for solutions, learning from other countries' experiences while eschewing obsession with holding on to ideological positions.

Whether one agrees with his solutions or not, the book is an important intervention given the country's parlous state. It calls on us to look beyond the destruction that occurred during the Zuma years to avoid falling into such hands again. Most importantly, it calls on us to talk about the country we would like to be in the long-term.

Countries like Singapore, China, Vietnam and, to some extent, Ethiopia, have been able to make tremendous progress over the past four decades precisely because they started to look beyond their history and immediate problems and began to plan for their long-term future.