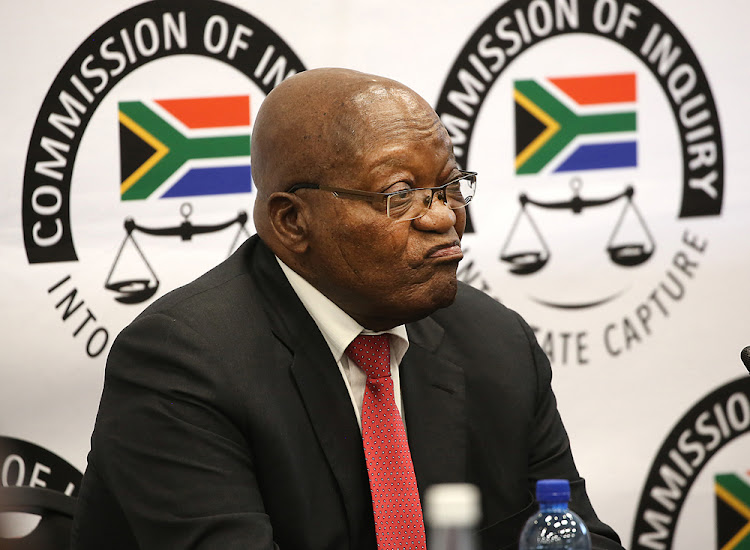 The ANC has expressed its support for former president Jacob Zuma who is appearing before the state capture commission of inquiry in Parktown on Monday.

Speaking outside the commission’s building, ANC spokesperson Dakota Legoete said it was commendable for Zuma to appear.

“As we have said before, all members of the ANC, irrespective of your profile, all of us must cooperate with the commission, we must support the work of the commission and we think for the former president to be here it’s part of respecting processes and systems and the rule of law,” said Legoete.

Former president Jacob Zuma is expected to appear for the first time before the commission of inquiry into state capture on Monday.
News
2 years ago

Maseko said that Zuma called and asked him to assist the Gupta family when they launched their newspaper The New Age.

Legoete said that Zuma, who has been implicated in an alleged corrupt relationship with the Gupta family, enjoyed the ANC’s support.

“We are here to show confidence to the process and the commission of inquiry of the Zondo commission as well as to support one of our members. Obviously for him to appear in the commission it’s a serious matter and we have to respect the processes and rule of law,” Legoete said.

Black First Land First leader Andile Mngxitama said that the credibility of people who made allegations against Zuma must be looked at closely.

“[The former] President is being dragged to this commission by people with no credibility whatsoever. We must recall testimonies of people like Vytjie Mentor who’s discredited, who blatantly lied. Themba Maseko, somebody who is aggrieved because he lost his job. Somebody like Mcebisi Jonas who ran away. And all of them have not been cross-examined, by the way, on the wild allegations they’ve made with no substance whatsoever,” said Mngxitama.