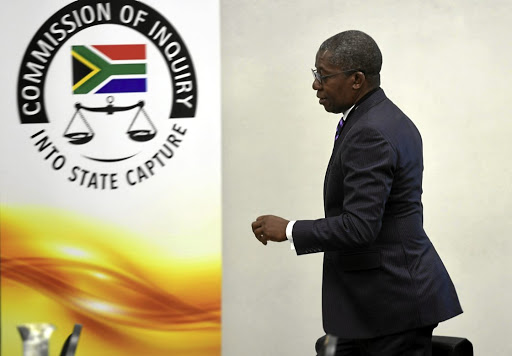 One of the famous faces at the Commission of Inquiry into State Capture, advocate Vincent Maleka (SC) was lucky to escape unharmed when armed robbers pounced on him at his Randburg home in Joburg early on Monday morning.

The tsotsis made off with Maleka's laptop, camera, cash, two bank cards and cellphones worth R50,000.

Maleka, 56, told Sunday World that he did not believe that the robbery had anything to do with his work at the commission where he had been putting some of the most prominent politicians and business personalities under the microscope since August last year.

The top lawyer said he was happy he and his wife were safe after facing the gun-toting bandits. "The robbery has nothing to do with the state capture. It was just a group of guys who go around committing crime," he said.

"There was another robbery in the same area where I live."

He also said he hoped the perpetrators would be brought to book.

According to police documents, he was threatened with a gun when two armed robbers wearing balaclavas stormed into his house at about 3.30am.

Maleka told police he was shocked when he opened his eyes and saw two unknown black men standing next to him. The two thugs gained entry to the house by drilling out the windows and tied Maleka and his wife with cable ties.

The statement further reads: "Both suspects armed with firearms. They demanded money and he told them that it was in the wallet. They found R3,000 and they told him that it was not enough. They took his credit cards and asked for the pin codes.

"They tied his hands and his wife with ties. They ransacked the house and fled the scene with the above-mentioned items.

"The suspects were three as the other one joined them later. He cannot identify the suspects. [There are] no cameras and the alarm [was] not working. The property [is] insured with Alexandra Forbes".

Police spokesperson Lungelo Dlamini said: "Police can confirm an investigation of house robbery where several items were stolen. No one has been arrested at this stage."