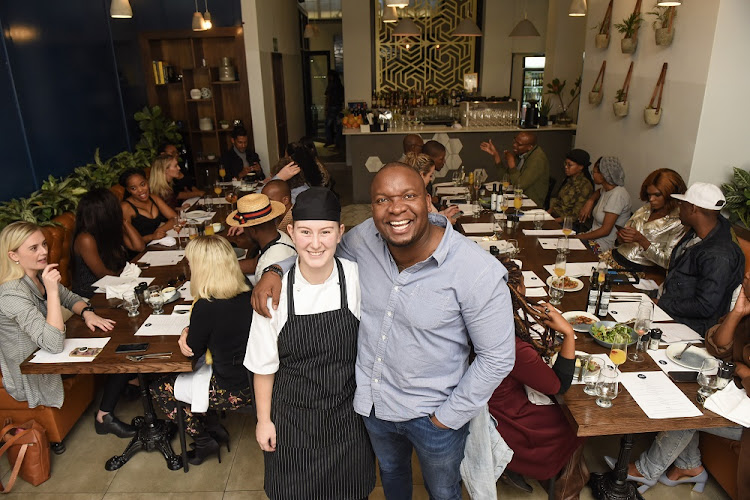 Sorbet has always been a favourite of mine, avocados too.  Little did I know that the two were about to collide in the most delicious way ever. Italian bistro Zio La Famiglia recently revealed their winter menu. Appetite and pen in hand, I headed out to the quaint eatery in Hyde Park, Johannesburg.

Zio is owned by Alessandro "Alex" Khojane. You might know him as the owner of vibrant Bryanston landmark Gemelli.

Khojane and his 20-year-old head Chef Caitlin Drake did not disappoint. Khojane and Drake met two years ago when she interred for him at Gemelli.  Drake has also worked in the kitchen at DW Eleven – 13 and for David Higgs, chef and co-owner of Marble restaurant.

“After a week of working with her I said,  'you don’t know it yet but you're going to work for me forever …' She became such a strong element of the kitchen to a point where she was pissing off all the older guys in the kitchen because she was so good at what she did.  So I decided to open a restaurant with her,” Khojane said.

The "African-Italian" went on to say that Drake "has blown the lights out". She handled everything and the only contribution he’d made to the menu was the costing.

“My idea has always been to hire young chefs so that I can retire in peace. I’ve been at the game since I was 19. So I understand what position she’s in, she’s very hungry.  I don’t read CVs, I look at your actions and she’s very hungry and reminded me of when I was 19,”   Khojane added.

Chef Caitlin set up a feast for the media guests. 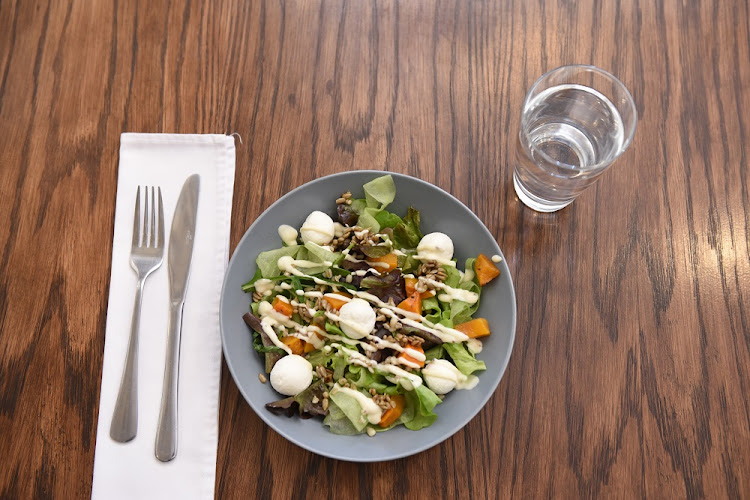 The starters consisted of bruschetta with fig preserve, soy-glazed lamb riblets, sriracha prawns with a pickled pineapple salsa, a hearty winter salad made with wild rocket, garden greens, and goats chevin with a yoghurt dressing; a steamed Brioche bun which was stuffed with pork shoulder, served with sesame mayo, beetroot dust and a side of spicy soy dipping sauce. It was a creamy buttery and slightly spicy explosion on the taste buds.

MUST HAVE: Salmon Ceviche with lemon, chilli, coriander, chives, lime and avocado sorbet. This was a delightfully tangy dish that added a bit of zing to the tongue and refreshed the palate. 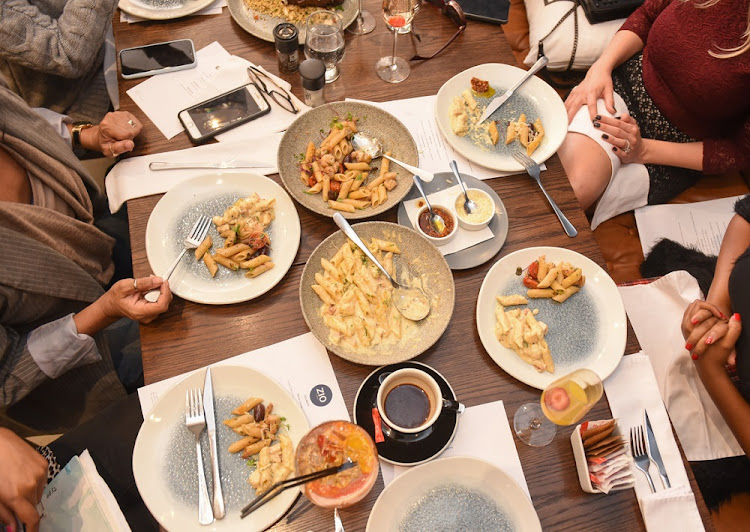 Of the mains served, a firm favourite was the Line Fish with garlic baby potatoes steamed in greaseproof paper and served wrapped-up. It was one of the more aromatic dishes. Another was the Gnocchi, served with broccoli and crispy kale.  The beef fillet with a herb crust accompanied by parmesan and confit garlic risotto had people clamouring for seconds.

MUST HAVE: Penne Alessandro, named after the owner. It’s penne pasta with smoked chicken, prawn, grain mustard cream, parmigiano, pangrattato and herb oil. It’s a rich, smokey delight that makes you want to curl up on a plush sofa and purr your contentment.

Dessert was a dream for those with a sweet tooth. Lemon tart, Torta della Nonna, a sweet pastry with baked vanilla and lemon-scented custard had guests titillated.

MUST HAVE: Chocolate and walnut brownie – a deliciously-decadent dessert with white chocolate crema, strawberry sorbet and honey-candied walnuts.

The food was exceptionally good and the environment inviting. Zio is a family-friendly restaurant which encourages a relaxed, sharing environment. “I think we achieved that. We pride ourselves on being a family restaurant. Our menu, our attitude to large groups of diners and our welcoming staff, prove that we are just that … family-oriented,” Khojane said.