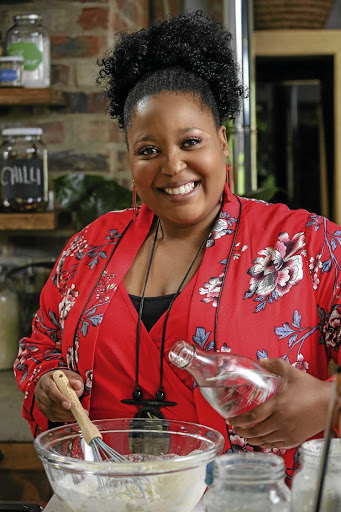 Zola Nene offers tips to see you through the kitchen.
Image: Lisa Skinner

The days of chefs ruling the kitchen, and the kitchen only, are slowly coming to an end.

Luckily for audiences, those who have a knack for keeping viewers engrossed and salivating are moving briskly to the fore. One of these pioneers on South African television is author, food stylist and chef Zola Nene.

Her effervescent personality keeps the watchers engaged and her culinary feats keep them returning for second helpings. Nene has recently landed her very first lifestyle cooking show, Celeb Feasts with Zola on Mzansi Magic. The culinary artist is not a stranger to television, she's been a judge on The Great South African Bake Off and on reality TV show Wedding Bashers.

Her very own show came about after being approached by the production company Okuhle Media, who were charmed by her talents and vivre. The 34-year-old had been thinking about having her own show for a while.

"I love cooking, but I also love teaching people tricks and tips to make cooking easier. I also love chatting to people to know them better," she said.

The lifestyle-cooking show provides a departure from the other shows she's been in. This time she decides the content, in terms of the menu and recipes, and she is also the presenter.

Nene finds herself at this momentous juncture after starting her culinary journey at the age of 21. Encouraged by her father to pursue her passion, she hasn't looked back since. The past year also saw the author release her second cookbook, Simply Zola. According to the culinarian, the book is 'a compilation of recipes that are unintimidating, easy to make and super delicious.'

In a bid to get to know the chef better we had her answer these five questions.

What food do you think South Africans overlook but is actually versatile and tasty?

Maize meal is so underrated, it's one of my favourite ingredients and it's so versatile. I use it in my cookbook numerous times - in both sweet and savoury dishes, I love it.

Which kitchen herb would you be and why?

It would definitely be thyme, it's my favourite herb, I use it almost every day. It lends itself to different types of dishes.

Which of the countries you've travelled to had the best street food?

Thailand has the best street food I have ever eaten.

If you could make a food map of SA for a tourist, which city's food would you recommend they try first and why?

Wow, it's a difficult one, there are so many different types of foods that define SA cuisine. I'd tell the tourist to visit every province and get a taste of everything, but I'd be biased and recommend they start in my birth province KZN to taste amadumbe, umbila (mielies) and an epic Durban curry.

What food lessons do you think SA should unlearn?

I think we need to unlearn that everyone's cultural reference is the same and stop culture shaming people.

What I mean is, just because someone is Zulu, [for instance] doesn't mean they identify with everything that you perceive to be Zulu culture. We are all different and do like and dislike different things, and that's OK.

Just because I don't eat chicken feet doesn't make me any less Zulu nor does it make you any more Zulu, because you do like them.

Zola Nene has provided a recipe for bobotie meatball curry from her first book Simply Delicious. 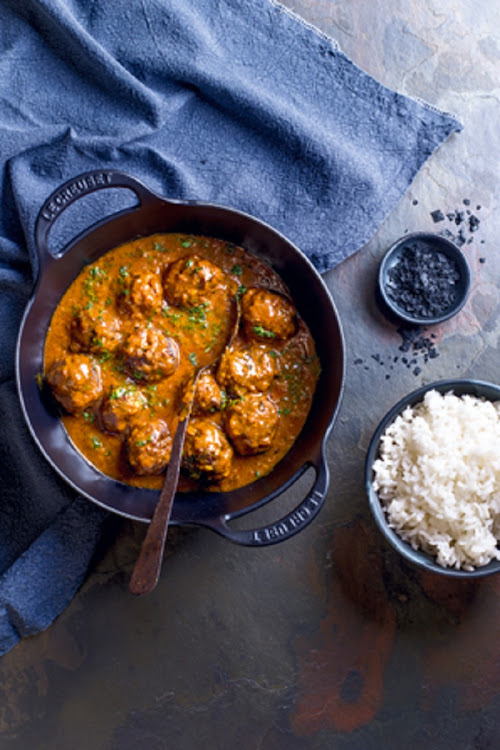 Curry is always a winner as a one-pot meal, but this one is extra special because it combines the sweet-savoury flavours of bobotie and the spicy, pungent notes of a curry in one magical dish.

salt and pepper to taste

For the curry sauce:

Pour the milk onto the breadcrumbs and set aside.

In a large bowl, combine the mince, onion, egg, sultanas, coriander, seasoning and the soaked breadcrumbs. Shape the mixture into 12 balls with your hands. Refrigerate the meatballs for at least 30 min.

Heat oil in a large pan and brown the meatballs; make sure not to move them around too much otherwise they will break up. Remove the meatballs from the pan, then set aside. To the same pan, add the onion and sauté until softened. Add the garlic, ginger paste, curry powder, tomato paste and chutney, then stir into the onions and allow to fry for a minute. Pour in the coconut milk, return the meatballs and season to taste and leave to simmer for 10 min. Stir in the coriander before serving.

Serve with rice or roti.