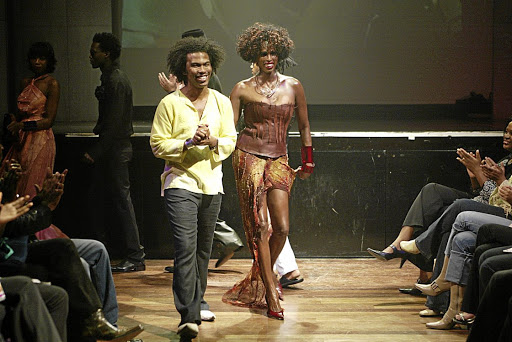 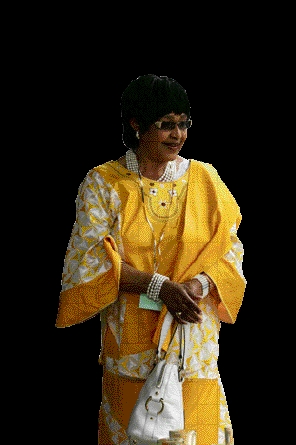 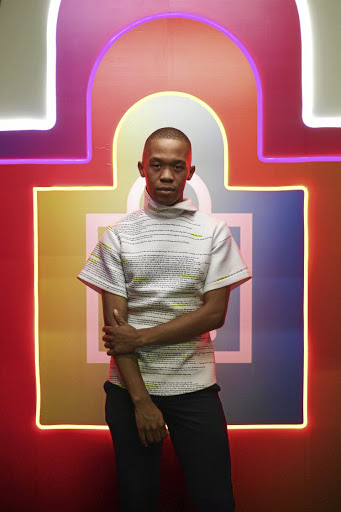 No fashion designer has redefined the modern South African wardrobe like David Tlale - call him Mzansi's very own Karl Lagerfeld.

Walking into his luxurious Joburg atelier it's everything that I had imagined it would be - opulent glamour.

I'm first greeted by a gold embellished throne fit for the fashion king that he is.

"[In] 25 years of freedom we have seen the fashion industry evolve. I have seen fashion evolve from just being a craft and gift to being a business," Tlale observes. "Within these 25 years I have 17 years of establishing my brand in SA.

"As a designer among others such as Thula Sindi, Laduma Ngxokolo and House of Ole, we see how we have transformed from just young designers at fashion school, then coming to fashion week and becoming brands that are established in SA."

Top of the list on the big names that influenced fashion in the early days of democracy, Tlale pays homage to Nandipha Madikiza, renowned for her African wedding gowns.

Then there is Sonwabile Ndamase, celebrated for Nelson Mandela's iconic shirts. Other honourable mentions include Nkhensani Nkosi's Stoned Cherrie as well as Sun Goddess by Thando and Vanya Mangaliso.

For Tlale the most difficult thing has been making a transition from being a creative to a business. But he has no regrets.

"With all our drama throughout the journey it has been fantastic because we see that we are growing. We have plateaued, went up and down, but we are still standing.

"I have realised that being David Tlale the brand I carry my country on my shoulders everywhere I go."

As far as the biggest style icon of our time, Tlale says Winnie Madikizela-Mandela will always stand out above the rest.

"She is the one person that I know defined South African fashion and Africanism.

"Being proudly black - without holding back, with no compromise - her fashion and her character in everything has impacted generations... That is an icon."

In re-rewriting sartorial rules, we have seen more fashion freedom, from gender-neutral clothing to body positivity.

"There is nothing new there. It is just that when we started it was just there. It was hush-hush and not communicated," he points out.

The oppressive and offensive pop culture of gay men

Gay men can also be oppressive
Opinion
2 years ago

"It was an underground lifestyle and movement. Come democracy and liberation we then had a voice. 'This is how we portray ourselves as human beings - not just as artists or fashionistas'.

Just like in the global market, locally while women mostly consume fashion the men still run the show. But why do so many male designers hold top positions in fashion?

"As a male designer I understand what women want and how they should look. We design to adorn a woman's body and we do it without holding back," he shares. "Some of the female designers, not all of them, they became conservative - [saying] that 'I will never wear this'. As a man designing for women it's like 'bring me the drama and sexy'."

A new crop of edgy local designers such as Rich Mnisi and Thebe Magugu are writing fashion's exciting new chapter.

"These are the rising stars of the continent. They have a very different approach of what fashion stands for and their signature," Tlale notes. "They are thriving and it's great to see new designers tapping into different markets."