Neyi Zimu’s widow: Sometimes I cry; God gives me peace in the storm 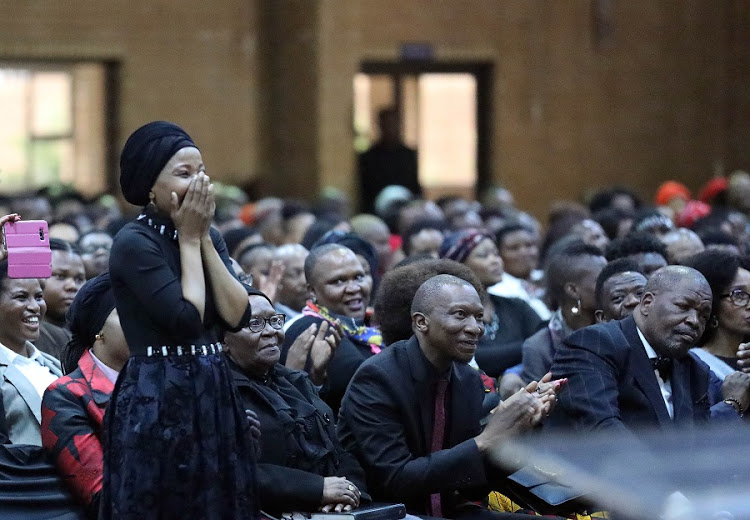 Neyi Zimu's widow, Nelisiwe Sibisi-Zimu, has opened up about the pain of living without her husband, telling fans she relies on God to give her strength.

Musician and pastor Neyi died in December in Modderfontein, Gauteng, after being treated for a rare blood disorder that affected his skin.

In a statement on social media shortly before his death, Nelisiwe, said he had undergone chemotherapy for mycosis fungoides, a form of cancer, at Chris Hani Baragwanath Hospital in Johannesburg.

In mourning, she was largely quiet about her husband's death, but took to Facebook to share a touching picture tribute.

Returning to social media this week, Nelisiwe posted a picture of her standing next to a poster of her husband and said she was sometimes brought to tears.

“Sometimes I cry, sometimes I don't, yet God gives me peace in the midst of the storm,” she wrote.

Sometimes I cry sometimes I don’t, yet God gives me peace in the midst of the storm.

She also shared a song entitled Peace in the Midst of the Storm by Shirley Caesar.

Sometimes I cry, sometimes I don’t,but my focus is on Jesus Christ. #PeaceInTheMidstOfTheStorm

Nelisiwe was soon flooded with messages of support and comfort, with many sending prayers as she continues to mourn Neyi.

“The Lord is close to the brokenhearted,” wrote Refilwe Phora.

“We continue to carry you and the children in prayer,” added Michael Happy Ngwenya.

Bongiwe Pearl Mlaba wrote: “It is well. In due time it will be OK. Continue doing what feels OK for you on a daily basis, as long as you know God is right there with you. You are loved ma.”

Gospel star Neyi Zimu was laid to rest yesterday in a spiritually charged service in Kibler Park south of Johannesburg.
Entertainment
2 years ago

The House of Treasures Ministries near Alberton, south of Johannesburg, proved to be too small to handle the magnitude of fans who came out in their ...
News
2 years ago

Neyi Zimu's funeral to be held in Joburg today

Neyi will be laid to rest in Alberton, Johannesburg today.
Entertainment
2 years ago
Next Article