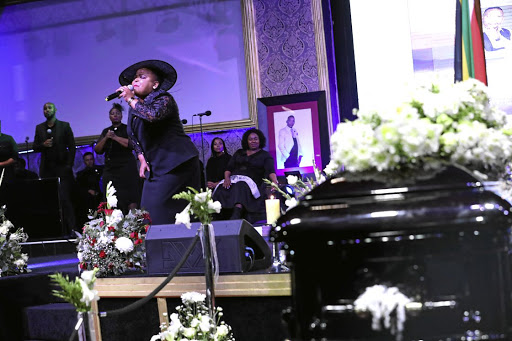 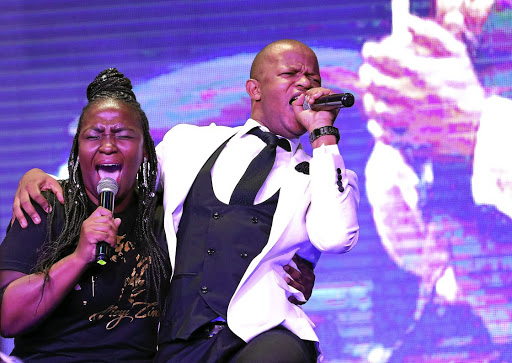 Gospel star Neyi Zimu was laid to rest yesterday in a spiritually charged service in Kibler Park south of Johannesburg.

Zimu died last week after battling skin cancer, which was diagnosed two years ago. His funeral was held at the House of Treasures Ministries in the suburb.

The singer was laid to rest at South Park Cemetery.

The singer's son Muzi said: "He was a great father, a husband, a composer and the best gospel singer. He was the best in everything he put his mind to. To me, he was everything, a friend, a pastor, a leader and a mentor."

The House of Treasures Ministries near Alberton, south of Johannesburg, proved to be too small to handle the magnitude of fans who came out in their ...
News
1 year ago

Mogoeng said he drew a lot of inspiration from Zimu. "I never knew Neyi Zimu except for being my pastor on television and through music awards. When I heard that he was sick, I prayed with him. There was something sticking, his wife was calm and strong. I knew that he was not just a gospel entertainer, he was an anointed man. He genuinely loved his family," he said.

Mogoeng called on the society to go back to the fundamentals of the community and love for families in remembrance of Zimu.

Co-founder of Newzroom Afrika channel Thokozani Nkosi described Zimu as someone who represented the gospel industry well. "In our shows we chose him because he ministered through his music. I know pastor Neyi the collaborator, a man who never wanted to shine alone. We may have lost him but his music will keep us comforted going forward," Nkosi said.

Zimu's friend Lesley Sedibe said: "He was supposed to have a tour that started in Israel, then Egypt and Jerusalem in November, but due to his health we could not go. He had big plans for his career."

Another childhood friend, John Mohale, said Zimu was a great friend who was always there for him. "If humility, resilience and love for family was a person, he was a very good representative of that."

Mzwakhe Dlamini, who met Zimu in high school, said his late friend asked him to bring breakfast on Wednesday morning, just hours before he died. "He told me he wanted eggs and boerewors.

"I brought them indeed. He wanted me to remind him how we met. I related the story to him and I did not know that this was a goodbye."