'We prayed he would make it through': Rebecca Malope heartbroken by Neyi Zimu's death 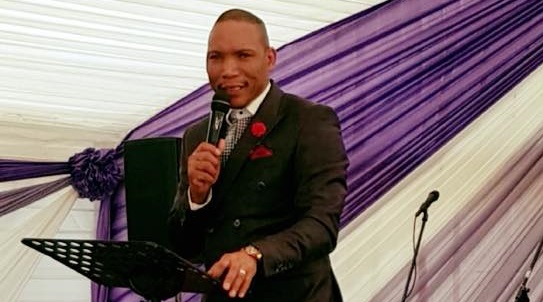 Gospel star Rebecca Malope is devastated by the death of her friend, singer and pastor Neyi Zimu.

According to the SABC, the musician died on Wednesday night at Busamed Hospital in Modderfontein, Gauteng. He was being treated for a rare blood disorder that affected his skin.

In a statement on social media last month, Neyi's wife, Nelizisiwe, confirmed that he had  undergone chemotherapy for mycosis fungoides, a form of cancer, at Baragwanath Hospital in Johannesburg.

Speaking to TshisaLIVE on Thursday, Rebecca said she and those close to the star had prayed daily for his healing.

“I was so shocked to hear about his death. We were praying that he was going to make it through.”

She said that the gospel fraternity was shocked at losing such a bright talent.

“We know that cancer is a very serious thing, but we did not know that it would be so soon. We don't know what pain he went through and the struggles he went through, but losing someone so young is so heartbreaking.”

Rebecca said she would always remember him for his sermons and dedication to the gospel.

“If I could speak to him one more time, I would tell him how much his ministry meant to me and the nation. Whatever happened, we know he is going to the right place. The ministry will continue in heaven. We will miss him.”

Just weeks after being admitted to hospital with skin cancer, gospel star and pastor Neyi Zimu has died.
News
1 year ago
Next Article