Lucky Dube is coining it from the grave 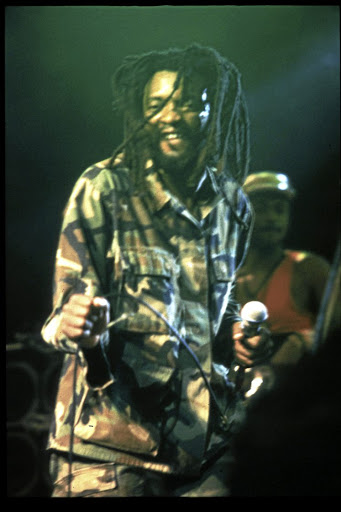 Late reggae icon Lucky Dube remains one of the top selling artists both in retail stores and on digital platforms.

Dube, who was murdered in 2007, would have turned 56 today and his music continues to wow the world even beyond the grave. Hit songs like Slave, Remember Me, It's not Easy and Respect have garnered more than 50 million streams globally. Remember Me is sitting on over 20 million streams.

According to Gallo Music Records, Dube's music still dominated sales in retail stores with the album The Times We've Shared, released in 2017, receiving a lot of love from music fans globally.

Gallo said digital platforms such as Boomplay, which puts him in the top 10 most-listened-to artists in Nigeria, Tanzania, Ghana and Kenya.

Gallo's marketing manager Carol Morabe said: "Lucky is also embraced on a wider international scale with continued streaming support in the US, the UK, France and Brazil.

"He remains an ambassador of African music globally, and his legacy still lives on in the conscious message of peace and unity for the world to enjoy.

Songs of a generation - the fight for liberation through music

The apartheid struggle was not fought with guns only but it was also tackled through music, poetry and theatre.
Entertainment
1 year ago

"It's an honour and privilege to represent the icon that is Lucky Dube and his vast catalogue which still has global influence surpassing his death."

Anslom Nakikus from Papua New Guinea in Oceania, whose music career was inspired by the late legend, said the world should remember Dube as a poet, a philosopher, a prophet who preached unity among all different colours of human beings.

Nakikus, a reggae star who came to SA earlier this year to record his album at Downtown Studios, said he was drawn to Dube's music because of the message and his style.

He said: "I was so captivated by the style of drums playing on all his tracks and the style of how the keyboards were presented. His music touched my life and many here in Papua New Guinea and the Pacific. His live performances around the world were awesome and so captivating and inspirational.

"His music changed my whole concept in reggae music in that it was very important to write positive and inspiring messages in my reggae songs.

"Being a famous artist is one thing, but being famous for singing positive messages adds meaning to life as a musician and I want to thank Lucky for the inspiration."

In a successful career that spanned 25 years, Dube recorded 22 albums.

He was laid to rest at Ingogo near Newcastle.