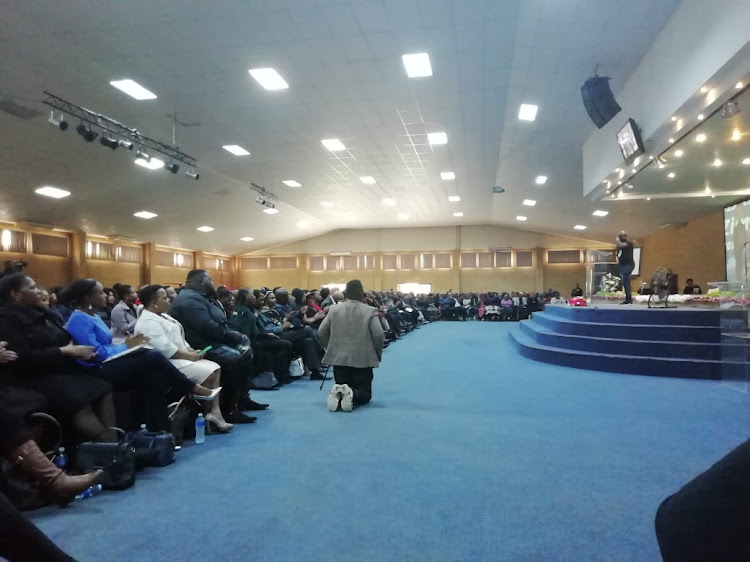 The public and gospel music industry at large gathered at the Change Bible Church in Katlehong to pay tribute to the late gospel star Neyi Zimu.

In a very celebratory service where live music dominated on Monday, Zimu was praised for his composing skills and for being able to give young musicians a platform to showcase their talent. The gospel singer, who was also a pastor, died on Wednesday last week at a hospital in Soweto after a struggle with cancer.

His wife Nelly Sibisi Zimu, their children, close family and friends were also in attendance.

Fellow stablemate and seasoned gospel star Benjamin Dube, who referred to Zimu as a prophet, said he was a legend.

Dube said Zimu's work will follow after him and speak for him. 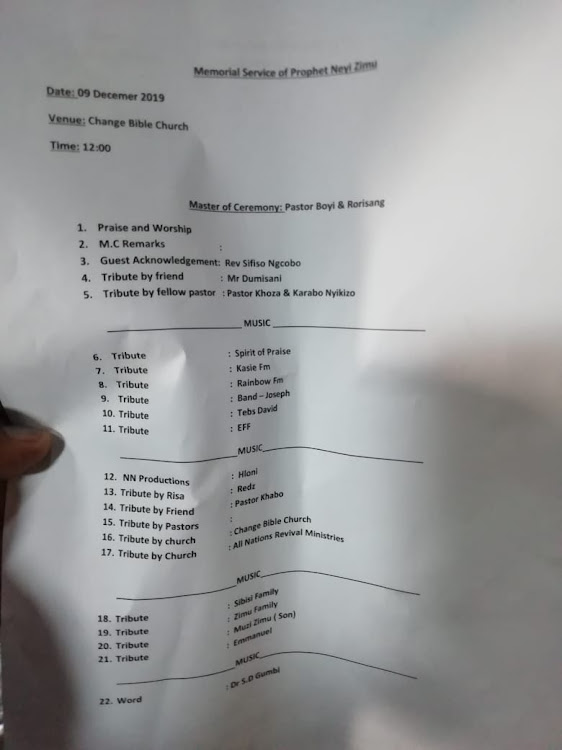 "His work will be louder than we are. Pastor Neyi Zimu was a kind of a person who was always there for everyone. Wherever he was at, people would enjoy his company because he was funny," he said.

"He was not just a prophet, he was able to speak deep and mysterious things. He had a sense of being sure. He was proactive and delivered on his promises.  He was a true legend and left his legacy. He wrote from his heart. I am one person who caught up late when he wrote Jehova re tshepile wena."

EFF representative Ringo Madlingozi, who also sang a song, met Zimu in 1986, when their careers were starting. "He vanished in my life and appeared later in my life. He was a wonderful man."

CEO of Rainbow FM Humphrey Birkenstock said: "Neyi was a son to Rainbow FM. His influence was so big that it started from a cleaner to a producer, that is how Neyi was known. He was a very humble person."

Gospel singer Tabs David said:" Recently, he was so fired up and Zimu wanted to launch his name internationally."