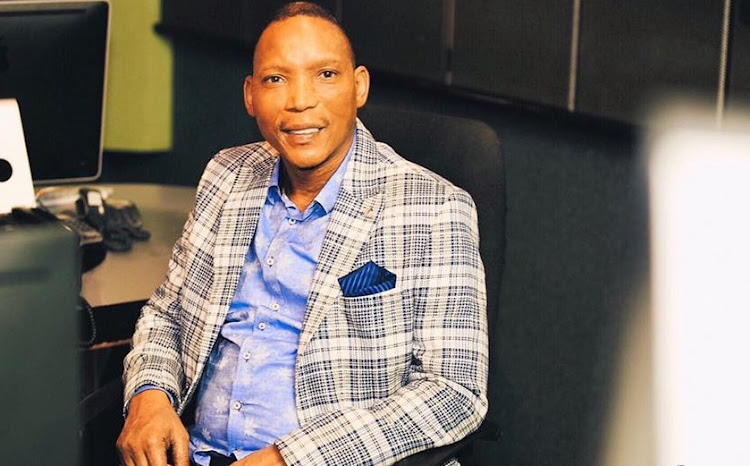 The star was admitted to hospital recently with skin cancer.
Image: Metro FM

Just weeks after being admitted to hospital with skin cancer, gospel star and pastor Neyi Zimu has died.

The news was confirmed on Twitter by EFF leader Floyd Shivambu.

According to the SABC, the musician died on Wednesday night at Busamed Hospital in Modderfontein, Gauteng.

Neyi was admitted for treatment of a rare blood disorder that affected his skin.

In a statement on social media last month, Neyi's wife, Nelizisiwe, said the singer was  undergoing chemotherapy for mycosis fungoides.

Since news of his hospitalisation broke, South Africans united in prayer for Neyi.

The star was set to perform in Polokwane recently, but was too ill to make it.

Neyi's death has shocked the country, with hundreds paying tribute to the star on social media.

???? nothing would have prepared me for that call... #RIPNeyiZimu You represented the kingdom so well. Thank you for the contribution you have made and how you have touched our lives. Forever loved and your ministry will live on.

My heart is in pain, waking up to the saddest news?Your music knew how to heal souls. Thank you for the wonderful music you’ve shared. Rest In Peace ??? #RIPNeyiZimu

Where does one start?!! Pastor Neyi Zimu you have left us broken hearted and shattered! Thank you for your powerful ministry, for loving God, his people and giving it your all! Rest, Man Of God, Rest! Jehova Retshepile Wena! #RIPNeyiZimu pic.twitter.com/4vRpmfw6Qh

Jehovah retshepile wena. No matter what the circumstance might be, even we are shattered? we will continue to trust you and not question anything. Re utlwile botlhoko ??? re tla #DumelaFela ??. #RIPNeyiZimu pic.twitter.com/J1x5u1Vq5A

#RIPNeyizimu ? I never really get sad when a celebrity dies but your death really touched me Rest in Peace. pic.twitter.com/Yd0RWMDUMO

Prayers are pouring in for gospel singer Neyi Zimu, who is currently undergoing chemotherapy for a rare skin disease.
Entertainment
2 years ago

SA's celebrated a cappella gospel outfit Masibuyele kuJehova is this year celebrating 31 years in the music industry.
Entertainment
2 years ago
Next Article