Movie Review | Sew the Winter to My Skin 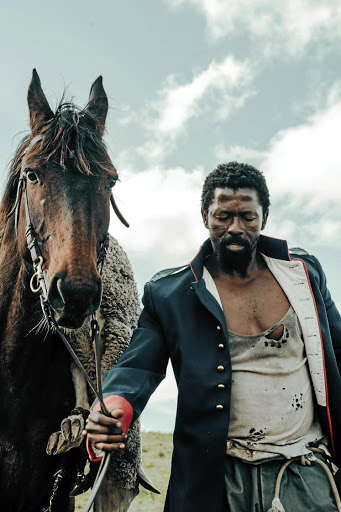 Ezra Mabengeza in the film Sew the Winter to My Skin.

"Apartheid could just as easily be described as a policy of good neighbourliness."

HF Verwoerd's outlandish statement that plays at the end of Sew the Winter to My Skin captures the daring spirit of auteur Jahmil X.T. Qubeka's long-awaited follow-up to his 2013 controversial first feature Of Good Report.

Similarly, it reads as a subtle middle finger to his naysayers.

Make no mistake about it, Qubeka was not trying to make a crowd-pleaser with the adventure-thriller.

The Western-style epic follows a heart-palpitating manhunt of the self-
proclaimed Samson of the Boschberg, who gained notoriety as a Robin Hood-type antihero in the 1940s for stock theft.

Qubeka's riveting and audacious film focuses more on Kepe the myth - rather than the man - reimagining the unflinching sheep rustler as a symbolic figure of resistance to white colonial rule.

The genius of the cinematic and inventive film is that it's told almost entirely wordless; minimal dialogue. It refreshingly relies on the use of innovative sound design, tribal chants, roaring screams, retro tunes and church hymns to tell the story. It's so carefully deliberated that not once does Qubeka lose you.

At its worst, even though it's beautifully framed and admirably ambitious, it pushes the boundary too much. As a result it gets mentally draining, obnoxious and comes off as try-hard.

It's too showy, take it down a notch Qubeka, we get it you are imaginative beyond the scope.

Some parts are too grisly to stomach; so uncomfortable that one pivotal chase
towards the end goes down as the most nauseating and disturbing edit you will ever see on the big screen. That's if you do not walk out of the cinema.

Sew the Winter to My Skin opened in cinemas on Friday.