Learnt to steward money from his 85-year-old, financially independent father

You might expect the chief executive of a wealth management company to be ostentatious and proud, but Khanyi Nzukuma, the CEO of Glacier by Sanlam, is anything but. 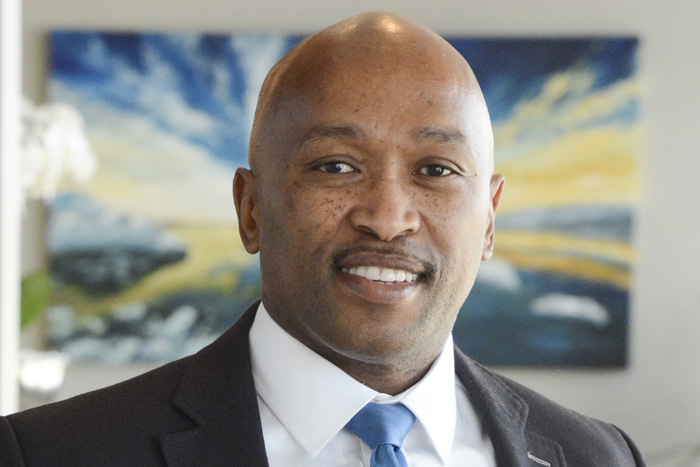 You might expect the chief executive of a wealth management company to be ostentatious and proud. Khanyi Nzukuma, the CEO of Glacier by Sanlam, is anything but. He’s modest, gracious and generous, and these attributes influence how he manages his own money.

The son of a teacher-turned-priest and a nurse, Nzukuma started his career as a school teacher. But it wasn’t long before he left the profession to become a financial adviser at age 23. “I saw it as an opportunity to get into my own business,” he told the Money Habits Series.

But his early years in the business were frustrating. “All of a sudden, I was earning a lot of money, which I wasn’t accustomed to. I made mistakes, like buying an expensive car. But I also bought a townhouse, which was a positive.”

As a commission-only earner, he had a variable income, and on occasion had to turn to his father for help. “He was quite upset. So I learnt early on to budget, save and invest for the long term. I learnt discipline. When times were hard, I sold the townhouse.”

He says he gained an understanding of asset classes and about risk and return which gave him an appreciation for the need to invest in shares.

“I learnt about the concept of diversifying. Property gives you predictability whereas shares are volatile, but if you stay the course you can create substantial wealth [by investing in shares].

“And I learnt you need an emergency kitty.”

Nzukuma says he fastidiously checks his bank statements line by line, loves his spreadsheets and has budgets for everything.

“Every year, I set up a family budget and a budget for my bonus. A percentage of it goes towards holidays, and a percentage towards reducing our bond.

“I have a capital expenditure budget and a monthly budget, which I monitor.”

Our children know where our paperwork is and who to contact if something were to happen to my wife and I.

Nzukuma and his wife have three children aged 23, 18 and 14. “The kids understand our balance sheet. They know I have a detailed financial plan and a family trust.

"They know where our paperwork is and who to contact if something were to happen to my wife and I.”

He describes educating his children about money as “a careful process”.

“We don’t want them to grow up thinking they’re wealthy. We want them to be modest. Our kids go to a public school because we believe they need to be humble. So they aren’t materialistic, though they are conscious about money.

“We give them a monthly allowance and they understand the value of money and the need to save more and spend less.”

Nzukuma says that while his father never taught him about money, he learnt how to steward money well by observing his dad, who is now 85 and financially independent.

“My dad was a teacher, then a principal and later a school inspector.” But he was also an entrepreneur who started a grocery store and petrol station as side hustles.

Nzukuma speaks with affection and admiration for his dad, who placed a high value on education. “He believed education would sustain you, ensuring you would always be employable.”

He says his dad went to teachers’ training college but always wanted a degree. When his employer wouldn’t give him time out to study, he resigned and became a full-time student at age 48. He was able to do this by selling one of his businesses. And when he retired, he became an Anglican priest.

“It’s amazing to me that he built wealth without inheriting anything and in the apartheid era. He’s a patient and diligent man. A careful risk-taker.”

This determination and work ethic have clearly shaped Nzukuma, who says no matter your roots, “you must not be entitled; no one owes you anything”.

His perspective is one of a glass half full which he calls “realistic positivity”. “I look at the bright side of life. When something bad happens, I always ask, ‘What’s the worst that can happen? And I plan.”

Nzukuma has a financial adviser who “knows the family and everything about the family”.

Advice that his dad gave him, which he lives by, is to grow steadfastly and share his success. “My success is not only for me. Your own stability is an anchor not only for you but for those around you,” he says.

Describing his relationship with money as “extremely healthy”, Nzukuma says he’s not brand conscious in the least and it’s clear that his self-worth is not linked to his net worth.

Knowledge with no action will lead to nothing - financial education guru

Head of financial education at Old Mutual says the best money advice that he didn’t take was to save his pension when he moved jobs back in 2004.
Business
1 year ago

The South African banking sector’s first black woman CEO opens up to Money about the value of education and how money can buy everything, including ...
Business
1 year ago

How bank executive learnt the hard way about budgeting

Thandi Ngwane had to learn early in her life to overcome financial constraints, a valuable money lesson that would help her understand the value of ...
Business
2 years ago
Next Article