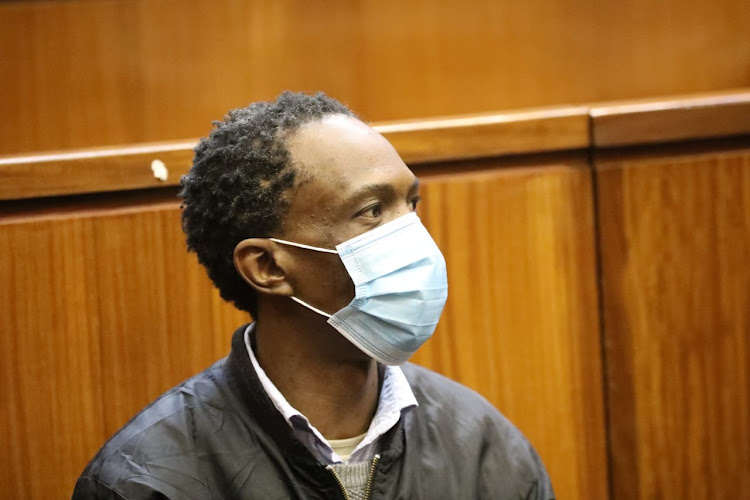 Rapper Pitch Black Afro, real name Thulani Ngcobo, has been found guilty of culpable homicide for the death of his wife Catherine Modisane.

He has however not been found guilty for defeating the ends of justice and pre-meditated murder. Ngcobo was standing trial at the South Gauteng High Court for killing his wife Catherine "Trisha" Modisane at a Bed and Breakfast establishment  in Yeoville, Johannesburg,  two years ago.

Judge J du Plessis said: "He presented himself as a poor witness under questions from the state."

The judge  said the state did not prove beyond reasonable doubt that he planned to kill Modisane.

He said it is clear from the postmortem report that she was killed from blunt force trauma to the head.

Dressed in a black tracksuit and a light-blue mask, Ngcobo did not take the news well. After the judge left the chambers he continued to claim that the police forced him to admit to the crime.

"I won't take this lying down. Bayang'sukela.. They've wasted one-and-a-half-year of my life," he said.

His mother, who religiously attended his court appearances, was nowhere in sight.