Saving is imperative if you want a good qualify of life

Talking to Money in our first instalment in a series profiling key roleplayers in the financial services industry on their money habits, the divisional executive of retirement funds at the FSCA, says he believes saving is imperative for a good quality of life. 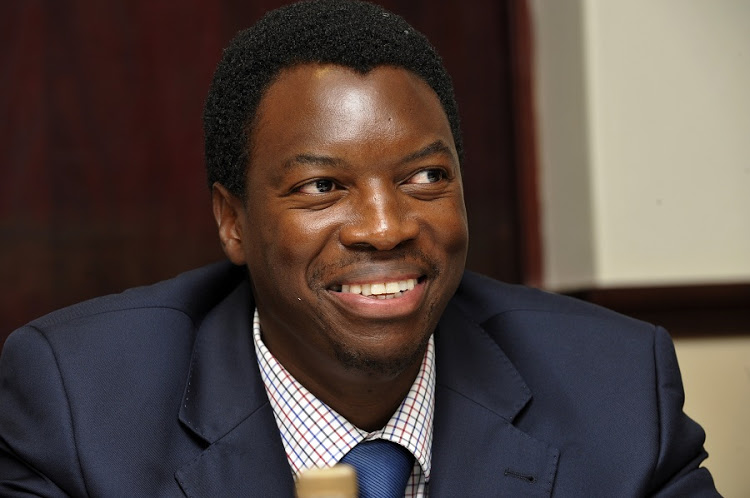 Some investment setbacks and living through a period of rapidly rising interest rates while paying off a home loan and car are money lessons that guide the thinking of the financial regulator’s head of retirement savings.

Despite these life learnings, this former Treasury official stayed the savings course by cutting back and putting away however little he could afford at any given time. Now he knows first hand how savings can help you and wishes everyone appreciated the power of having something - no matter how small - set aside for a rainy day.

Talking to Money in our first instalment in a series profiling key roleplayers in the financial services industry on their money habits, Olano Makhubela, divisional executive of retirement funds at the Financial Sector Conduct Authority (FSCA), says he believes saving is imperative for a good quality of life.

His parents sowed and nurtured the seeds for their approach to money, he says thinking back to his and his sister’s upbringing in Soshanguve, one of the country’s most ethnically diverse townships, about 30 kilometres from Pretoria, during a time when a series of demonstrations and protests led by black children shook the nation.

“They didn’t live a flashy lifestyle but spent most of their money providing for the family,” he says fondly of his parents.

Growing up with his sister who is now a medical doctor, Makhubela says his earliest money lessons came from his parents – his father, the breadwinner worked as teacher and principal while his mother, also a teacher, ran a small business on the side.

“They invested in books and opened savings accounts for us at a young age.” This, Makhubela says, taught him the importance of education and savings.

“We were also very fortunate to have the important things as children and young adults, like decent food, books, toys and paid tuition fees. This again taught me the importance of being a responsible and financially independent parent,” he reminisces.

As part of a team that ensures the retirement funds of South Africans are properly taken care of, Mkhubela plays an important role in the lives of ordinary people “so that they can retire comfortably and live decent lives in their golden years”.

He also represents the FSCA at the International Organisation of Pension Supervisors.

Makhubela was born in 1976 and attended DC Marivate Junior Secondary School in Soshanguve before relocating to Giyani in Limpopo where he attended Kheto Nxumayo Agricultural High School. He completed his high school career at St Luke’s Senior College in Kyalami at the dawn of democracy in 1992.

His most notable career move working for the National Treasury for over 17 years from 2000 to 2017, where he assisted with the development of government policy on retirement reforms, investment funds and prudential regulation of banks.

He also represented Treasury at the G20 Financial Access Working Group, the Financial Sector Charter and at Nedlac.

Despite the financial discipline he developed from a young age, Makhubela did face challenges early in his career which required him to make tough decisions and be more diligent.

I do appreciate a decent bottle of red wine and some traveling once in a while. For me, the real reward or fulfillment comes from seeing savings grow with time.

In his early working years interest rates rose repeatedly and significantly in SA, resulting in higher instalments on his house bond and car. “I had to revisit my budget and make difficult choices like cutting down on certain expenses.”

That experience only reinforced his belief in the power of savings, no matter how little you can afford, and made him aware that you can face unexpected financial shocks at any time.

His worst investments - in two foreign index tracker funds that delivered disappointing returns - have opened his eyes to the importance of being smart about saving and investing.

His best investment, he says, has been buying a house for his family that provides not only a home, but has appreciated in value.

Makhubela says he is lucky to not be a big spender - a trait he inherited from his parents. So, if he is not into clothes or cars, how does he spoil himself for his hard work?

“I do appreciate a decent bottle of red wine and some traveling once in a while. For me, the real reward or fulfillment comes from seeing savings grow with time.”

Makhubela wishes more people could enjoy the reward of creating wealth, which comes with being patient and disciplined.

“When you save from a young age you can then automate savings through a monthly debit order to run on the day you receive your salary once you start working,” he advises.

Humbling lessons early in life, a long list of hard-earned qualifications and an interesting career path have made Makhubela not only a regulator with a drive to improve the lot of retirement savers, but also a valuable role model for anyone with the will power to just start making money work for them.

We always hear debt is preventing us from saving, but the truth is South Africans have a very healthy appetite to save, and many of us are managing ...
Business
2 years ago

Change from spender to saver for peace of mind at retirement

It is easy to save if your employer is one of the many that automatically signs you up for a retirement fund.
Opinion
4 years ago

Financial vulnerability is the greatest challenge that women face today.
Business
3 years ago
Next Article