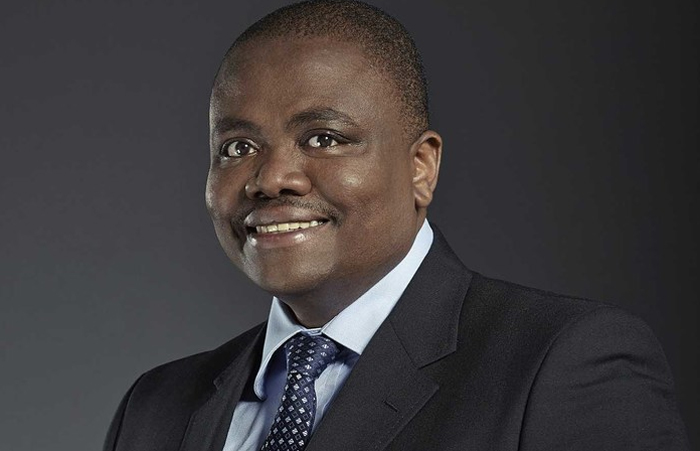 Stemming from the remote village of Ga-Masemola in Limpopo, Bapela sustained himself through his schooling career from the money he made from selling snacks to tailoring clothes.

He learnt it from his parents - his father worked for the City Council of Pretoria, while his mother stayed at home to raise the children. “But she was never idle when it came to making money,” Bapela told Money in the second instalment in our series profiling key roleplayers in the financial services industry on their money habits.

Bapela says he learnt from an early age that investing in yourself is key to a prosperous life.

He recalls how his father would send groceries home every month, which after a while grew into “quite a stockpile”. “My parents decided to open a small tuck shop that mom managed,” he says fondly.

This sparked his entrepreneurial spirit: In primary school he sold snacks to his classmates and in high school he used his talent with a sewing machine to tailor clothes and make extra money.

“This gave me a sense of responsibility and discipline as I used the money I made to sustain my life through high school. My parents did not have to worry about giving me pocket money,” he explains.

He says growing up “in a village in the middle of nowhere” had other challenges, such as access to  opportunities. The only professionals Bapela was exposed to were teachers, nurses and medical doctors.

“I had a real talent for mathematics,” he says, which his Grade 4 teacher recognised and nurtured, “creating the expectation for me to be a leader for my peers and do better. So my dream growing up was to become a medical doctor,” Bapela remembers.

His real first big disappointment came when the bursary to study medicine  at the Medical University of Southern Africa (now University of Limpopo) did not come through and his parents could not afford to pay the fees.

His parents and mentors encouraged him to pursue a career in teaching and although it was not what he initially wanted to do, he says he embraced the hand he was dealt and a breakthrough did come.

While his lecturers at Ndebele College were assisting him get another bursary, he stumbled across a programme that gave students the opportunity to study in America and got admitted at Kenyon College, a private university college in the state of Ohio.

“What this taught me is that disappointments are not the end of the road. Yes, they are painful experiences, but they also shape you and help you grow.”

At Kenyon he studied towards a junior degree in mathematics, a four-year programme infused with honours. To supplement his student stipend, he worked as a tutor and that money he invested in himself for him to attend summer school at Ohio State University in Columbus.

You must embrace every chance that comes your way, invest in yourself through education and choose a career aligned to your interests rather than  focusing only on one that will pay a huge salary.

After graduating with excellent results, Bapela returned home at the dawn of democracy in 1993 and decided to pursue a masters degree in mathematics at the University of Pretoria. Here, he says, he received support and career opportunities.

He says he was anxious about the state of the country, but “I received so much support from my lecturers and mentors, many of whom remain close personal friends”.

After completing his masters and PhD, he lectured in mathematics at the University of Pretoria. It was in this time that he learnt another huge lesson in financial planning when he invested in a property in Sunnyside Pretoria.

“What made this one of the worst financial decisions that I have ever made is that I invested in the property without doing the due diligence or seeking advice. The area soon became almost like student hostels which eroded the value of the property pretty quickly.”

His next big break came in 2000 with a chance to “link his love for mathematics with finance” when he joined Standard Bank Treasury. Here  he was a member of a team of talented individuals that was responsible for building financial models to hedge exotic financial derivatives. Many of the former colleagues from this team are leading professionals in the financial services sector, Bapela says.

Two years later he moved over to Taquanta Asset Managers as a quantitative analyst and portfolio manager before joining Argon Asset Management, “which was only five years old at the time”.

Recruited to drive the firm’s multi-asset class strategy, within six months he was promoted to the Chief Investment Officer (CIO) role which presented an opportunity for him to optimise the  operational integrity within the investment area. During his tenure as CIO, he grew and restructured the investment team, improved systems and investment processes. “Eventually fund performance improved and the assets we managed on behalf of clients grew from about R8bn to just over R30bn in period of seven years.”

He was subsequently appointed as the Chief Executive Officer (CEO) in 2017 while retaining the role of CIO at Argon. Being both CEO and CIO gave him a mandate to further optimise operational integrity across the whole company.

Bapela says his key role at Argon is to create and unlock value for all stakeholders of the company, contributing positively towards economic transformation imperatives. His involvement with the Black Investment Management Business Forum (BIMBF) and paying it forward through graduate programmes at Argon for students from disadvantaged backgrounds, enable him to achieve these objectives.

“Opportunities that I never would have dreamt of were unlocked for me, so I also want to unlock and create opportunities for young people through mentorship,” he says.

Bapela says he has applied the same rules for creating financial freedom, throughout his life: the discipline of savings, getting advice and assessing the risk in every opportunity.

His key lesson is that “you must embrace every chance that comes your way, invest in yourself through education and choose a career aligned to your interests rather than  focusing only on one that will pay a huge salary. There is nothing as fulfilling as waking up and going to do what you enjoy doing for most of the day.”

Creating and maintaining wealth needs a lot of planning and dedication

It is important to prepare for major financial decisions since most life events will have a direct impact on your finances.
Business
3 years ago