Don't lose your benefits over jargon

Many people end up forfeiting their insurance benefits because they simply don’t understand the words in their policies. 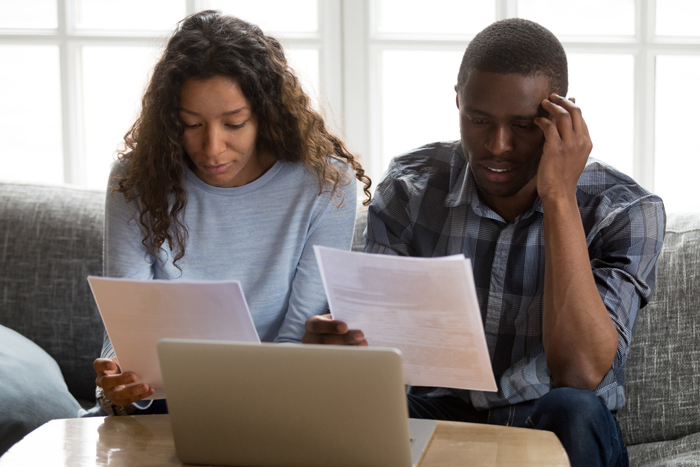 Many people end up forfeiting their insurance benefits because they simply don’t understand the words in their policies, says radio and television presenter Pearl Modiadie, who recently facilitated a panel discussion aimed at translating jargon used by the insurance industry.

The #wordsmatter event, part of a larger campaign hosted by insurance company Metropolitan, is to prevent anger and frustration for consumers through education, says head of marketing at Metropolitan, Llewellyn Allen.

The panelists, professionals from a variety of backgrounds, came together to “decode” intimidating words in the industry and to offer layman alternatives that are more relatable to the everyday South African. Audience participation and taking consumers’ suggestions into account were part of the exercise.

The following terms are alternatives  for some of the ‘intimidating’ words:

This is when the terms and conditions in the contract have not been met and the claim is actually declined, says Deidre Wolmarans, head of life events solutions at Metropolitan.

This doesn’t mean your policy is cancelled. It only means in this particular instance, your claim has been denied because certain contractual obligations were not met.

If you miss three premium payments, i.e. your monthly instalments for example, on the third missed payment your cover will be automatically suspended or in insurance terms, your policy will “lapse”.

Actuary Mareli Mans says it’s like paying rent. If you fail to meet your monthly rent instalments you will no longer have a roof over your head. In insurance terms, you won’t be covered, she says. In other words, your account becomes temporarily “inactive” and you won’t be covered should anything happen.

Typically, a policy which you can surrender is linked to insurance cover with some kind of savings benefit that you can cash out, says Mans.

According to Wolmarans this can happen when people are in trouble and need a bit of extra money or they are dissatisfied with their service provider and want to move their policy elsewhere.

Mans explains that annuitise is when you take a sum of money and turn it into an income, a regular stream of money. For example, you pay the insurer a million rand and then they will pay you a stream of money or regular income over an agreed period.

“You’re basically converting a big sum of money you have, like a retirement fund, into an income for your retirement,” she says.

A benefit is paid up when you reach a certain point where you stop paying premiums but still have  access to the benefit.If you have a funeral policy and you reach the retirement age of 60 or 65, your premium stops but your benefit remains in tact, i.e. you will no longer contribute any premium payments to the policy, explains Wolmarans.

In other words, you will still be covered for when you have your funeral but you no longer have to pay towards it.

This act entails you sharing all the information that your insurer requires upfront and truthfully so that they can determine the kind of risk you pose for them. This will include things like your medical history, says Mans.

According to panellist Brent Lindeque, founder of Good Things Guy, this should come from both sides and the insurer needs to give “full disclosure” about what the contract holds too.

Nondisclosure, which refers to policyholders not disclosing material information about a medical or lifestyle condition to secure lower premiums or to obtain cover without exclusions, came into the spotlight in 2018 when Momentum rejected a claim on the life of hijack-victim Nathan Ganas.

Ganas' became a landmark case as it prompted the life insurer to create a new benefit for violent deaths and paid the claim after initially turning down the R2.4-million claim on his life policy on the grounds that Ganas failed to disclose a pre-existing medical condition when he applied for cover.

Momentum’s U-turn came after a public outcry that Ganas’ death from gunshots was in no way related to what Momentum said he failed to disclose — high blood sugar levels.

It also prompted the  ombudsman for long-term insurance, Judge Ron McLaren, to call on legislators to reconsider current nondisclosure laws.

A waiting period applies at the start of the policy or if you’ve increased your cover on a policy, where you don’t have full cover on some of the benefits yet.

Insurers don’t ask for your medical information when you buy a funeral policy, so the waiting period is to prevent people from buying funeral cover knowing they are sick and going to die soon.

Consumers are often surprised to learn that insurers can prove reckless driving and reject claims for motor vehicle damage, says the industry ...
Business
3 years ago

The last thing you need over and above the despair of losing a loved one is the stress of finding money to pay for a funeral even though you had ...
Business
3 years ago

Don’t assume that if a broker helps you apply for cover, the disclosures are his or her problem.
Business
3 years ago
Next Article