The last thing you need over and above the despair of losing a loved one is the stress of finding money to pay for a funeral even though you had cover. 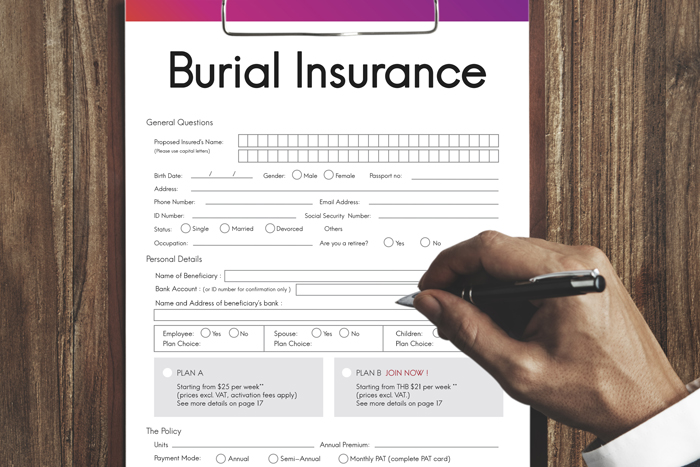 You should only take out a funeral policy from a registered financial services provider whose policies are underwritten by an insurer. Picture: 123RF

The last thing you need over and above the despair of losing a loved one is the stress of finding money to pay for a funeral because a service provider has not honoured its obligations to pay out.

The point of a funeral policy is to make provision for the dreaded day that one of your family members or dependants dies, and as long as you pay your agreed premiums and adhere to the terms and conditions you should expect to be covered.

The Ombud for Financial Services Naresh Tulsie has released two determinations that highlight the dangers of taking out cover for a funeral with an unregistered financial services provider.

In both instances, residents of Khayelitsha in Cape Town were left empty-handed when a loved one died and they claimed their funeral benefit.

The Financial Advisory and Intermediary Services (Fais) Act aims to protect you by prescribing rules on how companies or individuals should provide financial advice and services. One of these requirements is that an entity or person who provides financial advice or a service must be a registered financial services provider, who meets certain requirements.

Burial societies, which operate like stokvels, are exempt from registering as financial services providers and, while you may face some risks that you won’t get paid as promised, they typically work well in communities whose members know each other well.

But you should only take out a funeral policy from a registered financial services provider whose policies are underwritten by an insurer. If not, as the two complaints to the ombud show, you risk not being paid when a family member dies or leaving your family to face paying out of pocket for your own funeral.

You can't just focus on premiums alone when buying funeral cover, because though one insurer may be cheaper, for a few rands more another insurer ...
Business
3 years ago

A closer look at the ombud rulings

In the first case the ombud dealt with, Sipho Nchukana complained that African Compass Funeral Services refused to give him his R20,000 funeral benefit in cash and had instead repaid him his premiums.

Despite the fact that Nchukana had paid all the premiums, the claim was rejected, as African Compass said it could only provide funeral services and not a cash benefit.

The parties could not resolve the complaint and so African Compass, led by Cebisile Mfado, reimbursed Nchukana the premiums he had paid. Nchukana was not satisfied as he wanted African Compass to honour its responsibility to pay out the full benefit.

The ombud’s office also found that African Compass was not registered in terms of the Long-Term Insurance Act to provide insurance nor was it underwritten by a registered insurer.

Despite the company not being registered, the ombud says it is entitled to deal with the complaint.

In response to the complaint Mfado said Nchukana knew the business operated as a “burial society” providing funeral services only.

But in his ruling, Tulsie said policy terms and conditions provided for a cash benefit and Nchukana “was treated unreasonably and inequitably”.

The ombud also said he would refer the matter to the Financial Sector Conduct Authority for “further investigation” as it appeared to be operating without the relevant licenses.

In the second case, Ntombekhaya Cecelia Tsupe submitted a claim to Zwelonke Funeral Association when her adult son – who was a co-life assured on her policy for a R10,000 benefit – died.

Zwelonke failed to pay her by the time the funeral was held and Tsupe was forced to pay for it out of her own pocket. Zwelonke’s director Mlondozi Maseti told her the association did not have the funds to pay her claim, but it made an undertaking to pay the benefit.

After months of meetings and learning that Zwelonke was raising premiums ad-hoc in a bid to raise funds to pay numerous unpaid benefits, Tsupe had still not received a cent and she approached the ombud’s office.

In his ruling, Tulsie said that while there was a lot to be said regarding the legal requirements of Maseti and his burial society, it did not prevent his office from looking at the merits of the complaint and making a ruling.

African Compass was ordered to pay Tsupe the amount of R10,000.

The only time you can be saddled with your indigent parents’ debts is if you had signed as a guarantor or co-signed for any asset or debt.
Business
3 years ago

Waiting periods and exclusions can be misunderstood. - Ask the right questions before you buy the policy
Business
4 years ago
Next Article