You can't just focus on premiums alone when buying funeral cover, because though one insurer may be cheaper, for a few rands more another insurer could be offering you a lot more value. 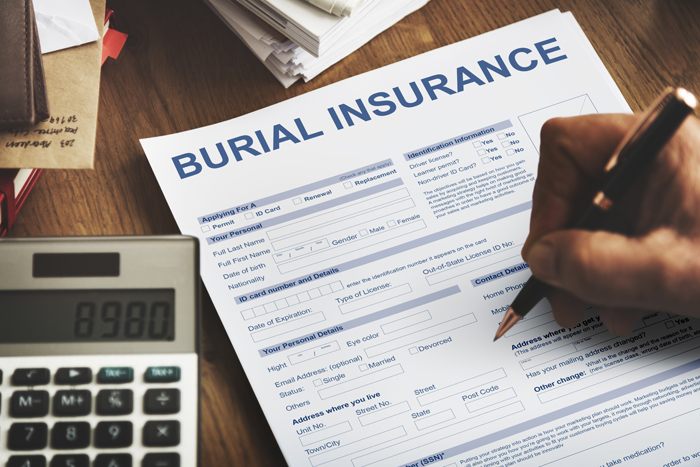 It's your funeral, so weigh up all the factors well. Picture: 123RF

Funeral insurance is the most popular financial product in SA and there is lots of competition for your business, but it isn't easy to compare policies to ensure you are getting a fair deal.

If you ask a number of providers for quotes, you will find prices vary wildly. This is because benefits, conditions, value-adds and how your premiums increase - all of which influence the premium you pay - differ from policy to policy.

You can't just focus on premiums alone, because though one insurer may be cheaper, for a few rands more another insurer could be offering you a lot more value, says Adriaan Bester, general manager of corporate affairs at Avbob.

The most obvious things that affect the cost of your cover are the insured amount and other benefits you will get if you claim, the number of people you want covered on your policy, your age and the age of family members you insure.

There are also some less obvious factors that influence premiums. Here are some key things you may not know:

Most funeral cover is sold without underwriting, so you don't have to answer lots of questions about your health or go for medical tests.

But you can get significantly cheaper funeral cover that is underwritten - for example, as an additional benefit on a life policy.

A quote from Old Mutual shows that a healthy single 39-year-old man will pay R91 a month for R20,000 of funeral cover on the insurer's most basic non-underwritten funeral policy, and just R36 a month for the same cover on the Greenlight Final Expenses policy if he answer questions about his health and lifestyle and possibly undergoes some medical tests.

For R50,000 of cover the difference is even more marked - R208 for non-underwritten versus R54 for underwritten.

If you are offered funeral cover as a group benefit, it is likely to save you in premiums.

Andrew Codd, divisional director of emerging consumer market products at Liberty, says premiums can be anything from 25% to 50% cheaper, and Lee Bromfield, CEO at FNB Life, estimates they will be about 30% cheaper.

Berniece Hieckmann, head of product and client solutions at Metropolitan, says as group cover is typically compulsory for all the members of the group, the insurer will cover both the healthy and unhealthy lives.

The insurer will need to charge higher premiums to fund these claims, says Hieckmann.

Felix Kagura, head of life assurance at Standard Bank, says it is easier for an insurer to estimate the risks it faces in a restricted group. Typically, a group funeral policy covers you and your immediate family only, not your extended family.

Hieckmann says group policies cover you only until you leave the group - for example, when you retire or cancel your bank account, your cover ends. Therefore, most policyholders pay premiums and never claim and the insurer can use the money to charge lower premiums, she says.

Codd and Bester say group policies are repriced annually based on the claims experience and the average age and living standards of the employees covered, but individual policy premiums and increases are set at the start of the policy. Individual policy premiums are based on age, which means they may be cheaper than group policies when you are younger, but more expensive when you are older.

Insurers also say group policies are cheaper to administer, the commissions brokers earn are lower and there is less advice.

Don't only compare the starting premium you are quoted, but ask how premiums may increase in future, says Codd. He suggests you ask what the premium will cost in five years' time.

Bromfield says two insurers may offer you the same cover and the same premium, but one may increase premiums by 10% annually, while the other increases by 5% annually, or one increases the cover amount annually and the other does not.

Initially they look the same but eventually you may pay for more or be covered for less in real (after inflation) terms depending on which product you choose.

Some policies' premiums increase at higher rates each year as you age, so premiums may start low but have high annual increases, says Codd.

To make things more complicated, the insured benefit you will get if you claim may increase each year at a different rate to your premiums. For example, the benefit may increase at 6% but the premium will increase by 10%. In terms of policyholder protection rules, providers must give you information about increases when you take out the policy.

Liberty, for example, offers to pay you back five premiums if your policy is still in place after five years, regardless of whether you claimed or not, says Codd.

Remember, the cost of this benefit is built into the premium and it is only worth your while if you keep the policy going.

Consider how much the cash-back benefit is and from when you qualify for it, says Bester.

Hieckmann says cash-backs can be very tempting but these and other value-added benefits often have very little to do with your need to cover the funeral you want.

Peter Castleden, the CEO of Indie, a new online insurer backed by Sanlam, says Indie's funeral policy rewards those who maintain their cover by doubling the insured amount after two years. Castleden expects this will result in more healthy people buying Indie's product, which will reduce claims and ultimately premiums.

Newer funeral insurers sell policies online only, giving them lower distribution costs than those with branches and brokers, says Kagura.

Mutual insurers, such as Avbob, do not have shareholders. All policyholders become members and receive a share of profits in the form of special bonuses, which can be converted to premium holidays.

Period for which you're covered

Hieckmann says you should consider whether the policy covers you for your lifetime, or whether it is a limited-term policy. If it is for a limited term, the premium should be lower because your cover will end if you survive the term.

At that stage you will have to start over by buying a new policy, which is likely to be much more expensive because you will be older, she says.

Some insurers offer you cover for the whole of your life, but stop charging you premiums at age 65 or 85. This could be a valuable benefit when you are older and living on a low pension but it will mean a higher premium when you are younger.

The only time you can be saddled with your indigent parents’ debts is if you had signed as a guarantor or co-signed for any asset or debt.
Business
3 years ago

Waiting periods and exclusions can be misunderstood. - Ask the right questions before you buy the policy
Business
4 years ago
Next Article