A boost for affordable housing finance 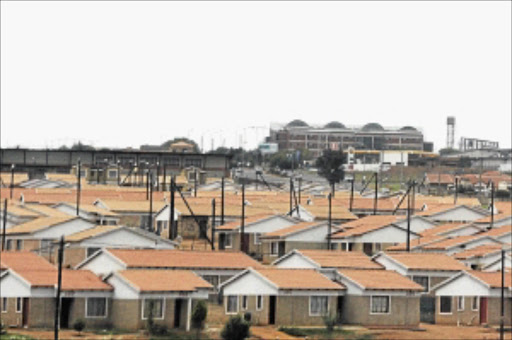 It will grant the National Housing Finance Corporation R950 million over three years to administer housing subsidies linked to finance, Finance Minister Tito Mboweni announced in the Budget on Wednesday.

The programme called “Our help to buy” subsidy is targeted at providing some 18,185 households with subsidies to access mortgages over the medium term. The allocation to the programme is expected to increase from R100 million in 2019/20 to R500 million in 2021/22, the Budget Review notes.

FNB has welcomed the announcement saying that while government has made some inroads into addressing the demand for affordable housing, the supply of well-located, zoned and serviced land, with suitable top structures and acceptable amenities continues to significantly lag behind the fast-growing demand.

Dr Christoph Nieuwoudt, CEO of FNB Consumer, says even where there are affordable housing opportunities, low income earners struggle to get access to mortgages, there are massive backlogs in most deeds transfer offices, and credit rating criteria are very prohibitive.

This prevents the majority of low-income households from owning their homes and unlocking the value of their properties to alleviate poverty, he says.

FNB Home Finance is trying to encourage home ownership with home loans of up to 110% of the property value and a 50% discount on attorney fees, among other benefits.

The grants, which will be “through partnerships between the communities, and provinces and municipalities”, will total R14.7 billion in 2020/21 and 2021/22.

“This was the first step towards establishing a new, consolidated finance institution for the development of human settlement,” the Budget says.

If you're away for at least one night and you receive a subsistence allowance or an advance from your employer for costs, you can now deduct R435 a ...
Business
3 years ago

If you get defrauded by an unregistered estate agent, you can claim your losses from the Estate Agency Affairs Board (EAAB). But not for long. Once ...
Business
3 years ago

Tips for millennials to get into the property market

Millennials are likely to pay more than three times more on their first home than the generation before them, according to property information ...
Business
3 years ago

Retirement is a long way away when you are in your 20s.
Business
3 years ago
Next Article