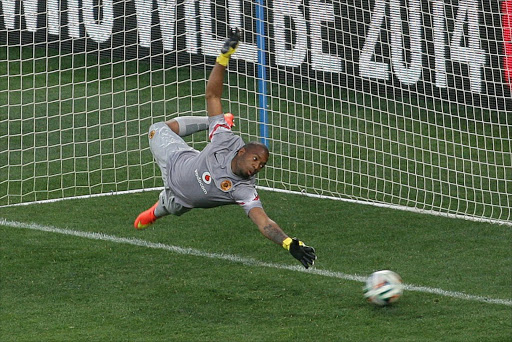 The curious case of the injury of Kaizer Chiefs goalkeeper Itumeleng Khune continues as his team prepares for the Carling Black Label Cup clash against rivals Orlando Pirates on Saturday.

Khune has been out of action for the past eight months after having played his last game against Golden Arrows in December.

Prior to the injury, Khune had missed two games against SuperSport United and Madagascars Elgeco Plus with what was described as a finger injury.

It was expected that Khune would be ready for the new season but it seems the recovery will take longer.

Chiefs' physiotherapist Dave Milner said on the club's website that the shot stopper had resumed training and making progress but they would only know next month if he was ready to play.

But an insider with more knowledge about the injury said: "There is a bigger problem with Itu that the club is not divulging. It is now well-known that this is not really about a shoulder injury."

Chiefs will take on Pirates in the beer jamboree pre-season friendly match at the FNB Stadium, and Khune will be replaced by youngster Bruce Bvuma in the starting XI.