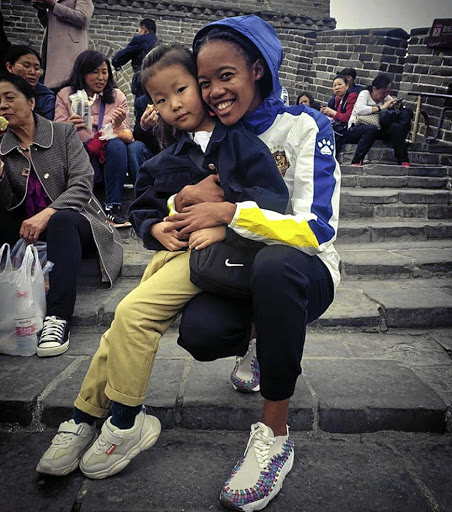 Linda Motlhalo has turned into somewhat of a celebrity in the streets of Beijing, but her new- found fame is for reasons other than her football prowess.

"Many people in China can go their whole life without seeing a black person here, so many stop me everywhere I go and ask to take pictures."

The preternaturally talented Banyana Banyana winger moved to China in January after signing with Super League club Beijing Phoenix. The club poached her together with compatriot Thembi Kgatlana.

While at first it felt strange to have people stare at her because she is African, the 20-year-old says the Chinese are good hosts.

"I have been welcomed with open arms in China. The people have been so accommodating," she said. "We have a translator who helps us communicate with people."

Motlhalo now even has an acquired taste for Chinese cuisine. "I am a person who didn't like eating a lot but funny enough now that I am living in China, I enjoy their food. Their diet is mainly seafood and I like it a lot."

The lass from Brandvlei, Northern Cape, has football genes running through her veins. Her father Johannes was a coach of a hometown team while her uncle is none other than legendary former Kaizer Chiefs goalkeeper Joseph "Banks" Setlhodi.

"I have very supportive parents. They are really proud of me. At my young age I have played in Houston (Texas in the US) ... now I'm in China and played at the [recent women's] World Cup," she said.

"I have lived away from home since I was 12 years old, so I am used to this life of seeing family every three months or more."

Motlhalo was part of the Banyana team that competed at the Fifa Women's World Cup in France. They were, however, not able to win any of the three games they played.