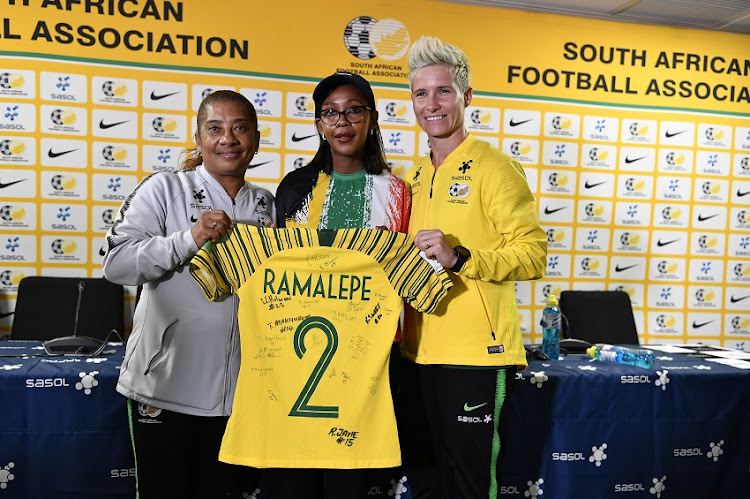 Banyana Banyana coach Desiree Ellis says her charges are able to hold their own against the world's best but tactical and technical shortcomings remain their biggest Achilles heel.

The national women's team returned from the World Cup in France on Wednesday after failing to emerge from the tournament's group stages.

They finished bottom of their group after losing all their matches‚ scoring only one and conceding eight goals against rivals Spain‚ China and Germany.

Ellis said her players were able to physically match opponents who play in the Champions League and in strong domestic leagues.

“We showed with our conditioning that we are right up there with the rest of the world‚” said Ellis.

“But we have to improve on other things in the game such as keeping the ball more.

"We are good when we do that and that is one of the areas or things that the higher ranked teams do very well.

"One of the other things that we must get right is being clinical in front of goal.

"We need to show at the Cosafa Cup next month what we learned at the World Cup.

"We showed at the World Cup that we can compete with the best‚ but the opposition obviously plays every day at a certain level.”

Ellis said her players would also benefit from participating in the coming National Women’s League and from moving to overseas teams. “The national league is anticipated to start later this year and my other hope is for players to get overseas contracts‚" she said.

"You look at the Nigerian and Cameroonian national teams‚ they have players who are playing abroad.

"You need players out there in top leagues and playing at the highest level every week.

"We played against players that are playing in the Champions League‚ which is top level football.

"You look at Thembi Kgatlane for example‚ she has matured because she has been playing overseas for the last couple of years.

“It is important to train at the highest level each and every day and currently‚ with all due respect‚ players train twice or thrice a week at their clubs.

"Sometimes not all the players pitch up for training.

"I am saying that conditioning-wise‚ we are up there with the best.

"And I am not talking about the gap but about players playing at the highest level week in week out‚ day in and day out.”