How Amanda Dlamini's still scoring after hanging up her boots 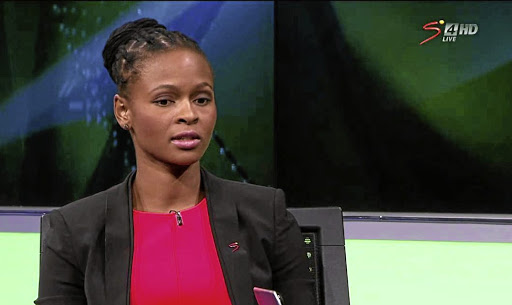 While a number of former Banyana Banyana players struggle to make ends meet after retiring, Amanda Dlamini is a special case.

It's an open secret that women footballers are not paid the same as their male counterparts.

This is because in the women's game in SA, sponsors are hard to come by and there is no fully fledged professional league.

After hanging up their boots a number of erstwhile Banyana stars fall on hard times because they were not making enough money while at the peak of their careers.

However, Dlamini, 30, who retired in January last year, is an exception, thanks to her marketability.

The former striker and captain is endorsed by a number of giant corporates such as multinational food products group Danone and Jockey (a manufacturer and distributor of women's and men's underwear), sleepwear and sportswear.

"I don't like to blow my own horn but I get these endorsements because I present myself in a proper way. How you present yourself is always important for you to get the next job."

Dlamini, from Harding in KwaZulu-Natal, is also the ambassador for the Castle 5-a-side tournament. A football pundit, the former Banyana skipper can also be seen doing match analysis on pay-TV channel SuperSport.

"Everyone can get an ambassadorship role, but it's how you present yourself as a product representative that counts," asserted Dlamini, who boats 24 Banyana goals in 96 games.

The former University of Johannesburg (UJ) and Durban Ladies markswoman said she was not ready to venture into coaching as yet.

"At the moment I'm focused on helping girls develop their football talent through my foundation [Amanda Dlamini Girls Foundation].

"Coaching isn't one of my priorities at the moment but we'll see as time goes by."