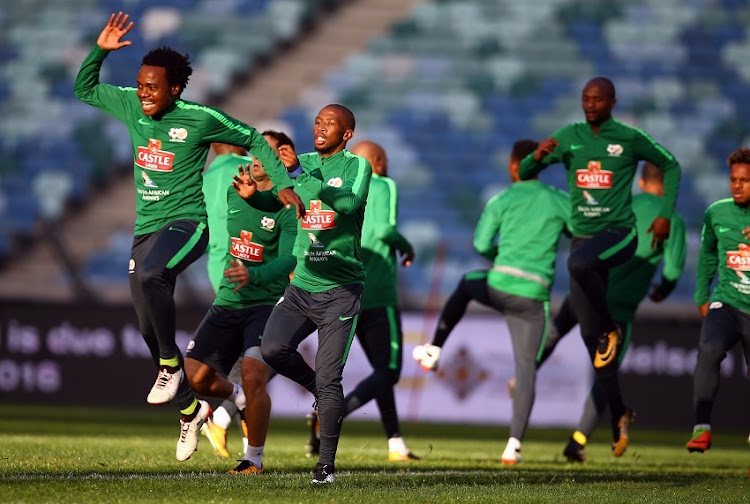 After a torrid time on international stage for South African fans, all focus shifts to Bafana Bafana on their Afcon mission in Egypt
Image: BACKPAGEPIX

The Africa Cup of Nations kicks off in Egypt tonight, with South Africans hoping the national team will fare better than their counterparts at recent global events.

Just this week, Banyana Banyana returned from the World Cup in France having lost all their three group matches, finishing bottom of their group.

It was a chastening first-time experience for our women at this level, and they were not helped by a draw from hell which pitted them against Spain, China and Germany.

Banyana's sad elimination came weeks after another football side, Amajita, were similarly embarrassed at the Fifa U20 World Cup in Poland, from where they returned with a single point from three matches.

Another national team, the Proteas, have had an unbelievably horrible run at the ongoing World Cup in England and Wales, winning just one of their opening six games.

A sorry defeat to New Zealand this week left the team on the brink of elimination with matches to spare, which would be utter humiliation for a team which no so long ago were among the top one-day international sides in the world.

Now all focus shifts to Bafana, who open their Group D account against Ivory Coast on Monday. We are hopeful that Stuart Baxter and his men are aware of the demands of the nation, which has known nothing but gloom in recent weeks.

But while we have every right to have high expectations of our teams, we have to take cognisance of the fact that they are competing against some of the best teams in the world.

For starters, Bafana did not even qualify for the last edition of the Afcon in Gabon two years ago, and needed Percy Tau's brilliance in the last qualifier against Libya back in March to make certain of qualification for this year's event.

When they last qualified, in 2015, they could not make it out of the group - just like Amajita and Banyana recently. So we do not expect that they will become overnight worldbeaters.

What we would love to see from Bafana is heart and passion to fight for our flag. They need to demonstrate that they take this job as a national call, not mere entertainment. We wish them all the best as they attempt to lift the sporting gloom that has beset us.

The favourites tag is the furthest thing from Dean Furman's mind as Bafana Bafana prepare to face Ivory Coast in the opening match of the Africa Cup ...
Sport
2 years ago