Zungu, Dolly in the reckoning 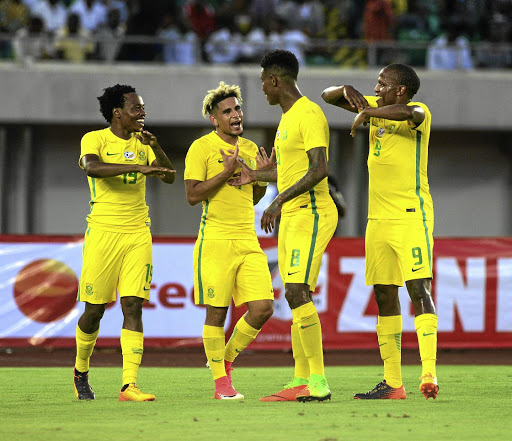 Other than Bongani Zungu and Keagan Dolly, nobody would have been more shocked with Stuart Baxter's squad announcement than their French clubs Amiens and Montpellier.

Baxter took the unusual step of selecting the not-fully-fit duo in his squad of 24. Unfortunately for the two clubs, they cannot refuse to release a player for international duty for games that fall on the Fifa calendar. The only way out would be if the players themselves opted to decline the call-up.

With pressure mounting on him, it seems Baxter has resorted to unconventional methods in his attempt to qualify for the Africa Cup of Nations. Bafana face Libya in a crucial clash at the Stade Taieb Mhiri in Sfax, Tunisia on Sunday, where a draw will be enough for them to qualify.

The 65-year-old has been crisscrossing Europe since the start of the year, meeting with a number of foreign-based players. Despite recovering from their injuries, Zungu and Dolly are yet to return to competitive football and have only played a few games for reserve teams.

Baxter said the Bafana medical team would first assess the two players before throwing them into the deep end. "I have made the decision to bring them on board and see if they will be ready because this is an important game and we need all our best players," he said.

"They are medically cleared to play and have played in the reserve team. [But] as to how fit they are remains to be seen."

Bafana team doctor Thulani Ngwenya said they will not be reckless with the players. "On each player we do individual periodisation and screening, so they will be assessed and a decision will be taken," he said.