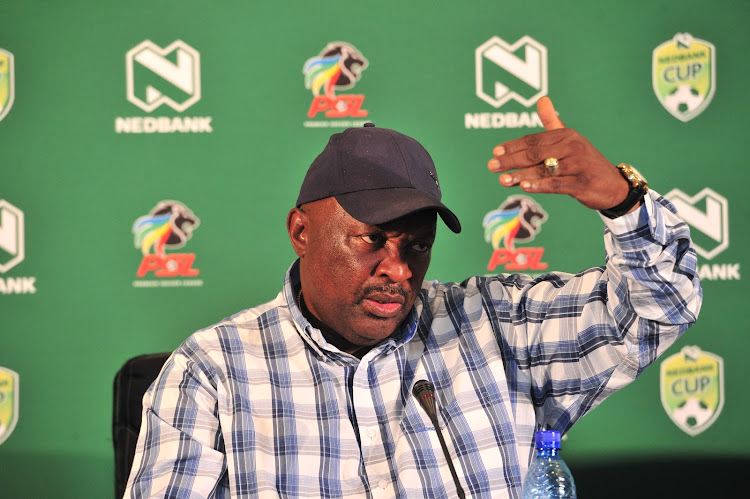 Jomo Sono has laid down the mantle for Philemon "Chippa" Masinga's picture to be hung in the SA Football Assciation (Safa) offices in Nasrec alongside other South African greats and 1996 Africa Cup of Nations winners.

The Jomo Cosmos owner discovered Masinga in Stilfontein in 1990 and signed him to his club.

Sono echoed the sentiments of Sifiso Masinga‚ Chippa Masinga's son‚ that SA greats should not have to die to be recognised in South African football.

"I heard his son say that we have a Hall of Fame [at Safa House]. And why do we have to wait for him to die to and then he will be put in the Hall of Fame‚" Sono said.

"Must we wait for him to die. I will be a pain in the neck for you Dr Danny Jordaan. Chippa should be put in the Hall of Fame tomorrow.

"I might not be a powerful figure in football but I will pester you‚ publicly or otherwise‚ that we have to have Chippa in the Hall of Fame."

Masinga's funeral at Khuma Stadium‚ a few minutes from his family home in Khuma‚ was attended by a fitting array of football stars‚ administrators‚ politicians‚ supporters and religious leaders.

Among his 1996 Africa Cup of Nations-winning team present were Lucas Radebe and Doctor Khumalo‚ who also spoke.

South Africa only recognises its football legends when they die‚ Orlando Pirates’ head of youth Augusto Palacios has said in response to the death of ...
Sport
3 years ago

Former Bafana Bafana coach Stanley "Screamer" Tshabalala remembers Philemon “Chippa” Masinga “as a quiet boy” who did most of his talking on the ...
Sport
3 years ago
Next Article