Masinga did so much for SA, one goal can't define him 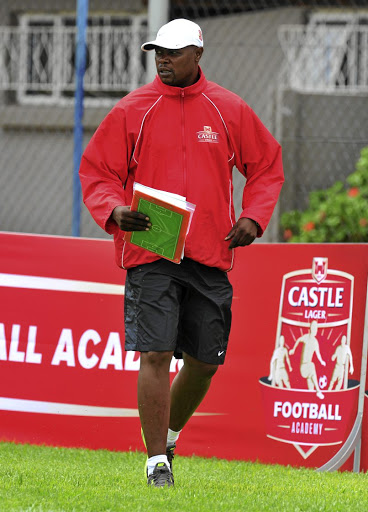 It is true that Phil Masinga was one of the greatest South African footballers ever.

It is also true that, while he was still alive, not many in a country notorious for feting departed heroes, recognised him as such.

Yet his story of coming from the obscurity of the North West to become a professional player and attain international recognition is so inspirational it seems grossly unfair that it's told repeatedly when he's no more.

Hours after confirmation of his death on Sunday, the goal which Masinga scored against Congo in 1997 to propel South Africa to its first ever World Cup was naturally retrieved and displayed as his zenith in the game. But it hardly tells the full story.

Masinga's role in sending Bafana Bafana to France 1998 could never be reduced to one moment of brilliance. For starters, a look at the qualifying for that tournament shows he contributed four goals in the six matches.

South African soccer legend Philemon Chippa Masinga will be given a provincial official funeral when he is laid to rest in Klerksdorp in the North ...
Sport
3 years ago

Three of them were winning goals - a solitary strike in the opening match against Zaire (now DR Congo), a 66th-minute winner away against the same country after the teams had been tied 1-1, and of course, that stunner against Congo in the 1-0 win at FNB Stadium which was widely used as a reference point this week.

His other goal in that campaign came in a 3-0 home win over Zambia.

A glance at Masinga's record shows he was up there with the greatest SA footballers.

He left Mamelodi Sundowns in 1994, having scored a remarkable 98 goals in 108 games.

He headed for Leeds United alongside his countryman Lucas Radebe.

I remember watching with pride as Masinga and Ghanaian Tony Yeboah led the Leeds attack, in another demonstration of the former's immense contribution to give the SA game global recognition.

Masinga's spell at Leeds lasted two years, after which he went to Switzerland's St Gallen before going to Italy where he played for Salernitana and Bari.

That he spent four years in Italy tells of his resilience and strong character, as even today footballers experience racism in that country.

But despite all his achievements, Masinga never quite made it into SA's supposed pantheon of football greats. He was almost a forgotten man, occasionally attracting negative headlines when he had hit tough times.

After this week, when politicians and football head honchos have taken turns to spew rhetoric supposedly in his memory, he'll be forgotten again.

And that's a pity because Masinga embodied courage, tenacity and resilience to become what he was for this country, even though at times its fans booed him.

He never turned his back despite being pushed to the edge.