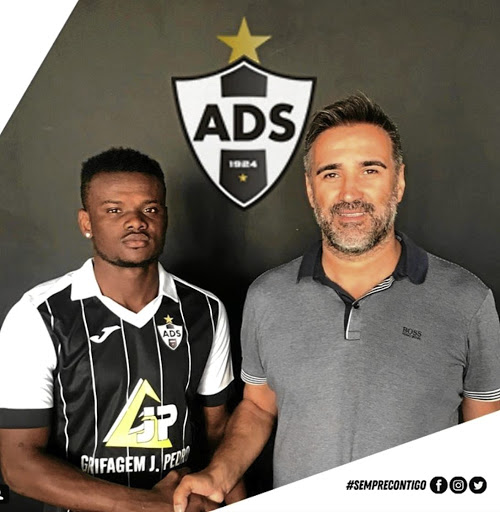 Kobamelo Kodisang has concluded a move to Portugal.
Image: INSTAGRAM

With SA under-20 international Kobamelo Kodisang the latest local youngster to move to Portugal, this European nation might play a pivotal role in moulding SA budding players into future stars, if all goes well.

Kodisang, 19, joined Portuguese third tier outfit AD Sanjoanense on loan, until the end of the current season, from Bidvest Wits a fortnight ago.

The ex-Platinum Stars midfielder will unite with four fellow countrymen, midfield maestro Thabo Cele, 21, of CD Cova Piedade in the second tier, central midfielder Sphephelo Sithole, 19, defensive-midfielder Philani Jaca and versatile defender Nkanyiso Shinge, both 18, and all turning out for top-flight club Vitória Setúbal B side, among others.

Having plied his trade for Portuguese giants like FC Porto and Penafiel during his heyday, retired attacking-midfielder Mandla Zwane believes that moving to Portugal at their young ages can yield positive results for these youngsters.

"Their moves happened at the right time. They have all the time to adjust and develop. I think since most of them are still teenagers it will help a lot, in terms of their growth," said Zwane.

"In terms of football development, Portugal is like Netherlands and Belgium. Their youth structures are advanced. I am optimistic that our boys will graduate into bigger European senior teams."

Zwane, 45, advises these youngsters to focus only on football and forget about nightlife and other things that could be detrimental to their careers, urging them to always remember why they are there. He also stresses the importance of grasping the Portuguese language.