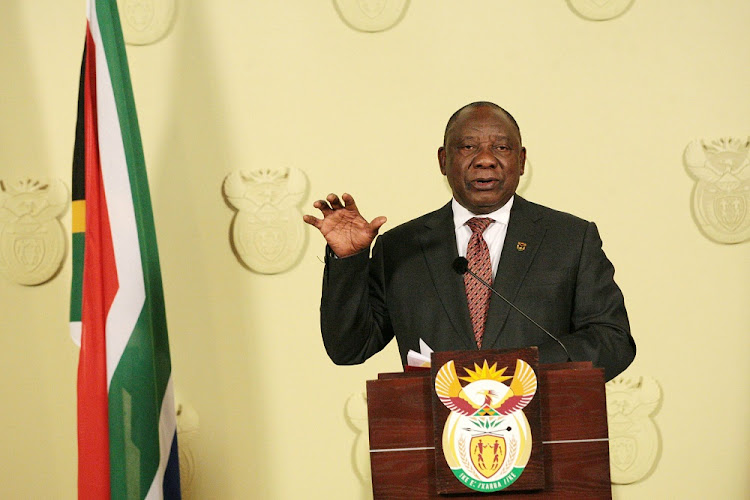 President Cyril Ramaphosa says he will seek an urgent review of public protector Busisiwe Mkhwebane's findings against him because they were wrong in law and irrational.

The report related to the R500,000 donation made by Bosasa boss Gavin Watson to his campaign for the ANC presidency.

"After careful study I have concluded that the report is fundamentally and irretrievably flawed," he said. "The report contains numerous factual inaccuracies of a material nature, the findings that are found are wrong in law, are irrational and in some instances, exceed the scope of the powers of the public protector."

Mkhwebane on Friday released her report in which she found Ramaphosa had violated the executive ethics code by deliberately misleading parliament, among others.

The report also found there were merits to allegations of money laundering based on how money was donated.

It came after DA leader Mmusi Maimane complained to Mkhwebane that Ramaphosa lied in parliament and breached the code when he responded to a question about a R500,000 donation made to his CR17 campaign.

Ramaphosa initially told parliament that the money was paid to his son Andile, for work done independently for the company.

Ramaphosa later corrected this and wrote to the speaker of the National Assembly to clarify that the money was actually a donation towards his CR17 campaign.

Yesterday, Ramaphosa said he took the findings by Mkhwebane seriously and had instructed his legal team to lodge an urgent review process with the court who will make an impartial determination.

Ramaphosa added that he decided to review the report because of its deficiencies.

"I have instructed my legal representatives to prepare a legal application to this effect as a matter of urgency. And given the gravity of this matter and [to] appreciate the effect these findings have on the standing and the credibility on both the president and the public protector, it is essential that the courts be given an opportunity to review the report and make a finding accordingly," he said.

Mkhwebane recommended that parliament take action within 30 days of the release of her report and that speaker of the National Assembly Thandi Modise ensures that Ramaphosa releases the list of all the people who donated to his CR17 campaign for the ANC presidency.

The National Director of Public Prosecutions Shamila Batohi, should investigate President Ramaphosa and members of his CR17 campaign for possible ...
News
2 years ago

Ramaphosa argued that Mkhwebane acted inconsistently with the constitution because he was not given an opportunity to comment on the remedial action against him.

He said he would resort to an independent review of the report by the courts.

Ramaphosa said he was doing this to preserve the integrity of his office as president and not out of disrespect for the office of the public protector.

He would not comment on whether he thought Mkhwebane's report was borne out of malice, repeating that he had immense respect for her office.

"My decision to seek a judicial review of this report should by no means be seen as a comment on the person who occupies this office, the competence or motives of the public protector. This is motivated instead by a determination that the law should be applied correctly and consistently," Ramaphosa said, adding that both he, as president, and the public protector were not above the law.