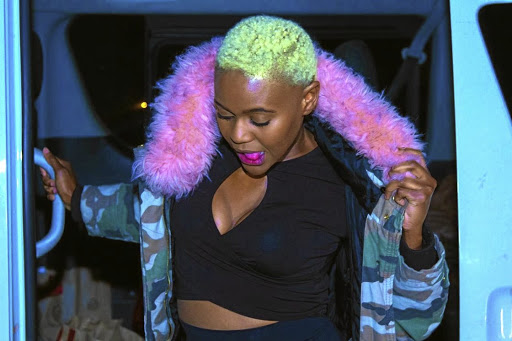 Former Isibaya actress Sibusisiwe Jili is planning to become Mzansi's gqom queen after her character was killed off earlier this month.

The Pietermaritzburg-born model, actress and singer believes she would become a force to be reckoned with.

Jili, who joined the soapie in 2014 and played the role of Zanele, said she was relieved when she learnt of her fate.

The 30-year-old said she wanted to leave the show while she was at her peak.

"When the idea came up that they were going to kill the character off, I was actually excited because I am now at the point where I understand myself fully. I never thought I would be an actress ever in my life. I studied geography and environmental management, with media and communications... I was scared. I was not ready for TV. The producers helped me build myself within the industry. I always believe that you have to grow with everything that you do," she said.

She said it was her love for music that drove her to become a jack of all trades.

She said she was currently not signed to any record label but Bomb Shelter was assisting her with her music video and distribution deals. Her music was also being used on Isibaya and various other productions of Bomb Shelter.

"She has been in music before she became an actress. Her venture in music was kicking off while she was acting on Isibaya and her music is also used on the show. Her sound is amazing and powerful. Our relationship will be ongoing."

CORRECTION: In an earlier version of this story Jili's name was spelt incorrectly. The story has been amended to reflect this.

Rapper says the words just roll out of her mouth.
Lifestyle
2 years ago
Next Article