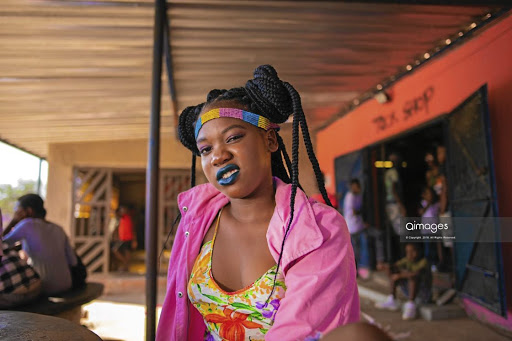 Xisomisani, whose real name is Millicent Makhanani Rikhotso, has had social media in the palm of her hand with her witty Tsonga rap swag.

The 15-year-old rapper, who is an ambassador of her home language, broke the internet with her meticulous Tsonga rhymes and a colourful music video for her single, called Tamati Soso.

In the video, she strolls through her village in her school uniform and later wears xibelani the Tsonga traditional attire.

Tamati Soso is a play on the popular street game children in the townships used to sing back in the day. She says the song was written by her producer, DJ Gami Swaga, who is popularly known for collaborations with Rabs Vhafuwi, and directed by Enelani Mabunda.

"My input would be that it was shot at my parents home, at my old school and with my actual schoolmates and friends," the teenagersays.

Xisomisani was 10 years old when the rapping bug bit and was officially inspired to produce music for the world at the tender age of 14.

"I love my language so much and I want people to recognise it. I also believe that you are an ambassador for your own language," she says.

Xisomisani is greatly inspired by colourful local Tsonga rapper Sho Madjozi, who is known for her flamboyant traditional moves.

"She will forever be the first female to popularise Tsonga rap and inspiring us as the youth," she says.

The teen has released two other tracks, namely Eka Monana and Famba Pota, where she showcases her lyrical talent. She says the words roll out without much difficulty.

"I guess it's just God-given talent. I can't explain it. Words just pop up naturally and I script them down every chance that I get," she says.

She finds joy in doing the simple things: watching movies, hanging out with her friends and being in studio.

She says her family has been supportive from the beginning and inspire her to write her songs.

The teen star adds that music is a dream she is pursuing but her academic studies come first as she aspires to study law through the University of Limpopo. She says education is at the forefront of her life.

"I want to do law, but also, I don't know where music will take me. [I want to] motivate my peers to make their dreams come true, not forgetting that education is the key to success," she says.