Emtee takes to Twitter to engage fans on next business move 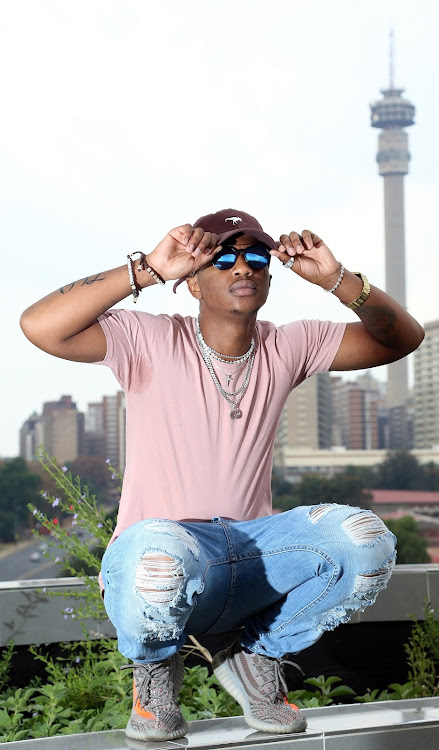 Following a number of cryptic social media posts which left fans thinking that the rapper had parted ways with his record company  Ambitiouz Entertainment, Emtee clarified his posts to Sunday World saying that he was simply  ‘trying to take full charge’ of his career.

“I am trying to take full charge of me. I am looking into my own personal stuff and paperwork,” he said.

Although he maintained that he had not left Ambitiouz Entertainment, fans also noticed that the artist had changed his booking contact details from that of the company to his own.

“It’s about time that they should directly contact me. But I am not saying I am leaving the label,” he told Sunday World, when asked about the change.

The speculation over his next move was also fuelled by the (hashtag) #FreeEmtee which trended for most of yesterday, as many interpreted his Tweets to be a request for the record label to free him from his contract.

Less than a year after she joined Ambitiouz Entertainment‚ rapper Gigi Lamayne has bid the stable farewell.
News
3 years ago

Emtee's music has changed because he 'wants to be more responsible'

The Roll Up rapper isn’t scared to tackle controversy head-on and even used footage of the fall in his new single‚ Lessons.
Lifestyle
3 years ago

Fans speculated that the father of two stood to lose a great deal if he left his label, while others supported a potential move.

Emtee dismissed the rumours saying that he enjoyed keeping fans in suspense.

“The hashtag could be a campaign, a new song or a new movement. I just like keeping people in suspense,” he said.

He urged his fans to keep glued to his social media pages and watch how things unfold.

“Every question will be answered in due time,” he said.

In an effort to get comment from Ambitiouz Entertainment management, a hostile woman answered saying that the label had no comment on the matter.