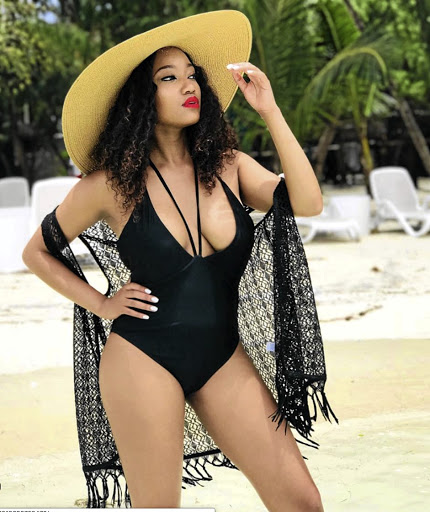 Isithembiso actress and TV presenter Tshenolo "Nolo" Seabi has been walking around with a heavy heart after thugs relieved her of her beloved VW Polo in January.

Seabi well-known for her work in SABC1 lifestyle show Selimathunzi and Mzansi Magic telenovela Isithembiso, had the car stolen while she was attending a meeting in Northcliff, Joburg.

According to a statement she gave to the police, she got a call from her vehicle tracking company minutes after the meeting started.

"They informed her that they picked a signal for her vehicle in Diepkloof. She went to where the vehicle was parked and noticed that the vehicle was stolen," read the statement seen by Sunday World.

She confirmed that her car was stolen but declined to comment further because the case was still being investigated.

"I am not allowed to say much about it yet. Can we at least try to speak about it some other time? At the moment I really can't say much," she said.

Police spokesperson Mavela Masondo confirmed a case of theft was opened at the Fairland police station.

"The vehicle has not been recovered and no arrests have been made and the investigation is continuing," said Masondo.

The 24-year-old added that she was back on the road with another car but declined to disclose its brand for fear of a repeat attack.

"I am still mobile and I definitely have a car," she said.

The Kotex ambassador has been busy with various activities since she partnered with the sanitary company in September.

She, however, whispered that her character, Palesa Kunene, on Isithembiso was going through some personal turmoil as she was going to find out who her biological mother is.

"Palesa has just discovered that she has a biological mother who has been secretly working as her helper to try and get close to her," she said.