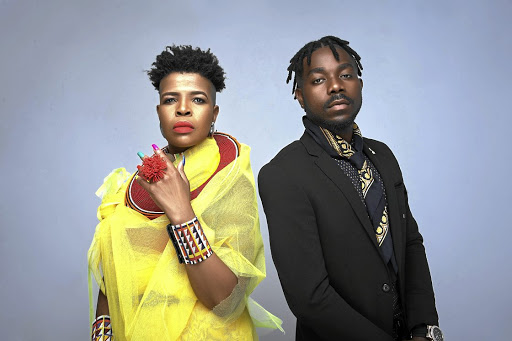 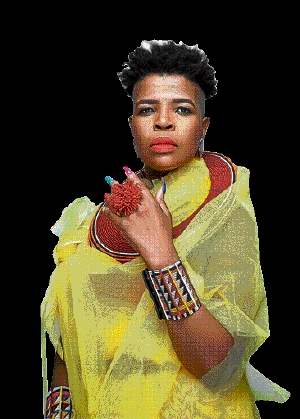 Candy, real name Candy Mokwena, confirmed to Sunday World that she was no longer an item with Dominion "Nonny D" Ebene following their whirlwind love affair.

Candy, 48, said the two, however, still have a good working relationship despite the split.

According to a source close to the two, their relationship expired in December and she was focusing solely on her music.

The couple announced their love affair in February last year and also hinted that there would soon be wedding bells.

Candy said she was happy and that Nonny D was in full support of her latest achievement of winning her first-ever Samas gong for Best Traditional Album at Sun City last week.

She produced her winning album Hupenyu Unenge Viri, which took more than a year to put together, with Nonny D as well as various producers from Mzansi, Kenya and Nigeria.

It's all love for Zodwa, her man and her mother-in-law to be
Entertainment
2 years ago

"He was very much excited. He even sent me messages of congratulations. I do the same for him because he also released a single," she said.

She featured Nonny D on one of her popular singles, Siku Ne Siku, released last year.

"Just because you may have broken up with someone doesn't mean that things need to be sour. We always forgive and forget and look forward to what life has in store for you.

"Even though it may not be easy, this is business. If you can separate business and personal life it can work out," she said.

She declined to go into details of why she dumped the 38-year-old Nonny D.

Apart from her ex-boyfriend's support, her 90-year-old mother was one of the few people who believed immensely in her dream, she said.

"This album is blessed and is my biggest album ever," she said. "I couldn't believe it.

It's a very special album. When God says yes, nobody can say no".

Zodwa Wabantu on proposing to her bae: If you love your man, why wait?

Ntobeko says he is head over heels with his queen.
Entertainment
2 years ago

Candy, said her ailing mom Makole Chaisa Mokwena had always been her inspiration and pillar.

"My mother never gave up on me. My mom was one of the few people who said my single Siku Ne Siku was the one. And when I told her that I had won the award she wasn't surprised because she believed in it. She was excited. I needed to explain to her what this award really means. She was so happy for me."

Candy said she planned to release a documentary about her life, which will depict all that she had gone through in life, including love, grief, joy and success.

Nonny D could neither confirm nor deny that he and Candy were history.

However, he told Sunday World he was excited for her achievement.

"Firstly, it's a very big move for her and secondly, for the fact that I am in the same album is a great achievement for me also," he said.