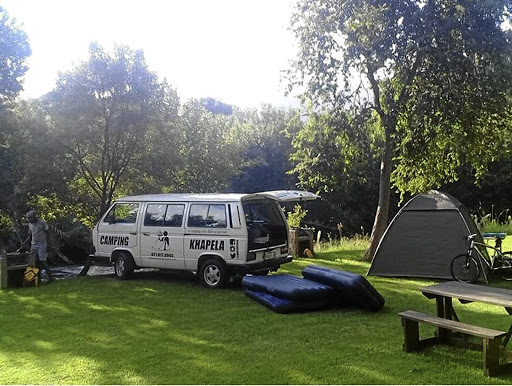 Kasi businessman Karabo Sepharatla is on a mission to debunk the myth that black people do not go camping.

He describes it as a butler service in the bundus.

Officially celebrating five years, he says his company makes sure that young black people are exposed to the affordable life of camping.

The service is in the name, as Khapela was the former butler in popular soapie Generations in the early 2000s.

"To be honest, at the beginning it was tough because people did not understand our vision," he said.

He says his mission was to get black people accustomed to the camping culture.

His entrepreneurial and creative spirit kicked off in 2014 after an experience camping in Mozambique.

"I invited two sets of friends. One group were complete campers - they came in a 4x4, with stoves, camping gear and even had a guy who would watch over their stuff while they explored stuff. When I saw that guy, I said I would pay for this," he said.

"Meanwhile, the other group [and] I came unprepared."

Shebeen that went to private school.
Lifestyle
2 years ago

The former accounts manager for SAB said he left the corporate world to find what he wanted to do with his life.

"It started it by surprise, when I tuned into the radio one day and the presenter was saying black people don't camp. I called in and pitched the idea as if it existed," he says.

Sepharatla says as an avid music festival goer, the lack of black people at the festival camp sites bothered him.

"I found that the camping space was always perceived as a white space. Then I realised that there was a market that would like to experience stress-free festivals," he says.

He says many black people pay for holiday accommodation that they hardly use during their stay.

"Why spend 70% of your budget for a place you will hardly be in? Usually we don't enjoy those experiences because we have, unfortunately, blown our budget on accommodation," he says.

His butler services cover the entire Southern African region, especially at popular music festivals such as the eSwatini Bushfire festival, Oppikoppi and Rock the Daisies, and can cater for about 20 people.