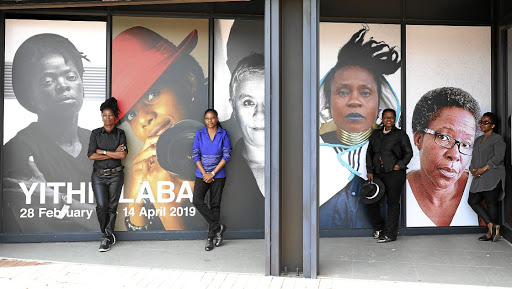 The leading women who capture your imagination through the art of photography.

It's not images of war or guns blazing and shooting down of black folk. Although soft, serene and artistic, it remains powerful imagery of how these brilliant visual storytellers see Mzansi in its 25th year of democracy.

Professor Zanele Muholi says the exhibition has been her lifelong dream. For the last 15 years she pondered on how to bring her idols together under one roof. "I couldn't wait for funders. I got some money and decided, 'either buy a Porsche or fulfill your dream. Make it a reality that the world sees the brilliance of these women who all did and still inspire me'."

She chose Lindeka Qampi, Neo Ntsoma, Ruth Motau and Berni Searle to showcase five of their best images. The images are their reflection and commemoration of the 25 years of SA's democracy.

The exhibition, held at their alma mater, Market Photo Workshop in Newtown, Johannesburg, ends on April 14. 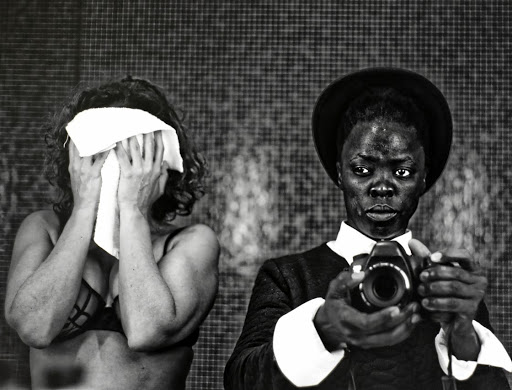 Zanele Muholi, who studied advanced photography at the Market Photo Workshop in Newtown, calls herself a visual activist.

She is a proud member and activist for the LGBTQI community. Partnered with her images is video material looking at lesbian intimacy and biracial relationships.

Her images on the wall are deeply intimate, sensitive close-ups of herself and other women.

She says now is the time for her to rewrite the history of black queer and trans through visuals. "For the world to know our resistance and existence at the height of hate crimes in SA and beyond," she says.

She relays that her work focuses on race, gender and sexuality with a body of work looking at black lesbian, gay, transgender, and intersex individuals.

"Calling myself an artist wouldn't be accurate. I marry my beliefs and activism with my work. I tell people's stories of pain, love, sorrow, happiness through the images. I turned the lens on myself. And the story of SA's democracy would not be complete without telling stories of same-sex relationships."

Born in Umlazi, Durban, now Joburg-based Muholi says it is the women in her life who inspired her to capture images for a living.

She co-founded the Forum for Empowerment of Women in 2002 and founded Inkanyiso, an online forum for queer visual media, in 2009.

Muholi has won numerous awards and has exhibited around the globe. She continues to teach photography to particularly black youth from various townships in order to empower them.

Ruth Motau is the first black female photographer to be employed by a newspaper at the dawn of democracy. The photographer says she fell in love with the spiritual world which she started to document.

"I took pictures of every aspect linked to the spiritual world from churches to sangomas and other traditions. For this long overdue expedition I wanted to express my own deep connection with God, especially when in SA there seems to be so much debate about religion and its different factions," she says with pictures of women in praise and the Holy Bible screaming from the wall.

Motau, who captured images for various local newspapers, says her career hit the ceiling when she got promoted to the position of picture editor.

"I felt I had lost my creativity. That there was no further growth for me in these circles and left to do my own thing. But capturing people's memories is part of me."

Born in Meadowlands, Soweto, Motau says she would wander the township as a little girl, box camera in hand and take pictures of anything and everything.

"I never thought it would be something I could do as a career back then though. I have always loved art, even books and poetry, but went into fitting and turning for a short while.

"After studying photography and working in the field, most of my pictures were not published. But a silly one, I can't even remember capturing, the person I took the image of reminded me years later. He was so happy and proud of it. It made me realise that it's more than just taking images, It is a tool of self-expression.

She says photography works as a medium to tell people's stories. It also teaches to adapt to your surroundings, to be humble and respectful of the spaces you find yourself in.

"I miss the days when I would photograph Nelson Mandela at a press conference and suddenly rush to a scene where there was turmoil to take the pictures that would best tell that story," she says.