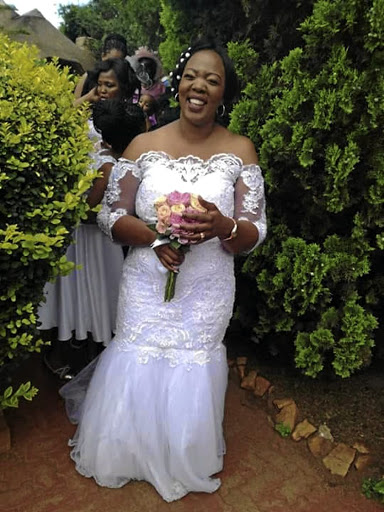 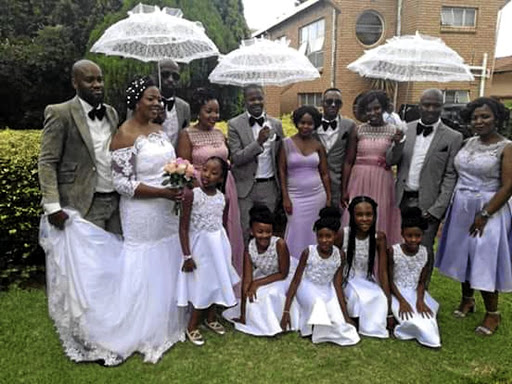 For Brilliant Mogola it was love at first sight when he saw Zanele Mtetwa.

But the hesitant Mtetwa says she was not fazed by the "Playboy".

Mogola, an identical twin, had to play hard to win her heart. He succeeded eventually and the pair finally celebrated their union last year.

Mtetwa relates their journey which started more than a decade ago.

"The year was 2006. I was still studying at the time and had returned to my Daveyton home for a short break. I saw this tall guy starring me down - he was visiting his cousin next door. I was chatting away on my phone and turned to greet my neighbour. This guy then responded with "So you don't greet strangers?" Mtetwa said Mogola was forthcoming and confident in his approach.

"He asked me all sorts of funny questions and I responded calmly even though I thought he was just wasting my time.

He asked me when he should visit me and I sarcastically said in December when I come back for recess. He asked for my number and I said I'd rather give my contacts when I see him again. He asked my neighbour for more information about me. Months went by in Bloemfontein where I was studying and I would be lying if I say I didn't think about him."

Jason Goliath got hitched... in jeans and Jordans

Jason Goliath is a married man and the comedian ditched the suit and tie for jeans and Jordans on his special day.
Pic of The Day
2 years ago

When she returned to the East Rand to attend a friend's wedding she thought she was seeing double when two identical Mogolas passed her by.

"What killed me is that they both smiled at me. My tummy was filled with butterflies. I found myself smiling back. Yes, he is a twin, an identical twin. The other twin just walked away after greeting me. But from that day forth, we became friends. We exchanged numbers and started chatting."

Mogola said his bride captured his heart from the time he laid eyes on her. He paid lobola four years later and they were officially married in 2014, but only celebrated the union in December last year.

"There was no proposal. Pedi men are not romantic. He saved money and told me he will be sending his family to mine. No ring, no kneeling down. But the fact that he was negotiating lobola was better than receiving a diamond ring," she says.

Mogola says he wanted to celebrate in a big way, therefore they waited a while.

"We decided to use our parents' house because I have a huge family and people I know, so going to a venue would have limited a number [of guests] and my parents wanted to invite everyone they know. We had two weddings," says Mogola.

Their traditional ceremony was in August in Daveyton, East Rand, while their white wedding was held at Mogola's home in Monsterlus, Limpopo.

"With our traditional wedding in August we were introducing my in-laws to our Zulu culture ... they brought gifts for my family and slaughtered a sheep which was a way of connecting our ancestors.

On December 14 we slaughtered a cow and specific part of the cow "umhlubulo" was meant for me to take to my in-laws in Limpopo. For the Pedi culture that is the most important part to welcome their bride," explains Mtetwa.

She said she found sleeping on a grassy mat on the floor the night before the celebrations a tad overwhelming.

"The morning of the wedding, the last ritual was performed where my uncles were also given a sheep to slaughter and I was given a new name, Mangwato."

Her first wedding gown was hired from Gerald, a designer in Brakpan and her second gown was by UK-based designer Marisela.