Clearance from Pirates delayed the move 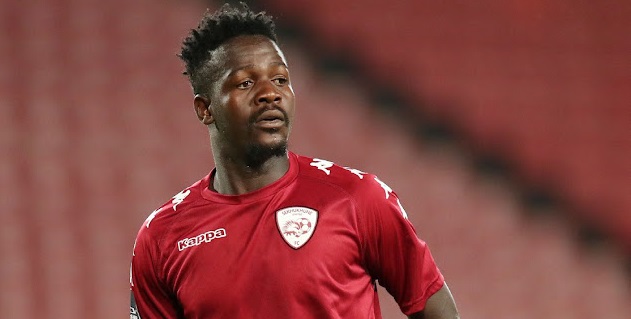 Justice Chabalala is set to complete a move to Maritzburg United to reunite with coach John Maduka.

Sowetan has been informed that Chabalala would have joined Maritzburg long ago, but there was a delay in securing a clearance from Orlando Pirates.

The defender, who was on loan at Sekhukhune United last season, had also attracted interest from Royal AM and Chippa United.

“He is going to join Maritzburg. Getting his clearance from Pirates frustrated him and he should have joined them long ago,” a source close to the player said.

“He was not happy with how things ended at Pirates.”

Maritzburg want Chabalala to replace Clayton Daniels, who was released by the club at the end of last season and has joined GladAfrica Championship side Cape Town Spurs.

Chabalala and Maduka worked together at Bloemfontein Celtic in 2020 and 2021 while he was on loan from the Buccaneers.

Maritzburg chair Farouk Kadodia could not be reached for comment but Chabalala’s manager Ratshibvumo Mulovhedzi of Rush Hour Sports confirmed the interest.

“There have been a lot of teams who showed interest in Justice and yes, one of them is Maritzburg,” Mulovhedzi said.

“But we will see how things will go. We would like to thank Pirates chairman Dr Irvin Khoza for allowing the player to move on with his career following lengthy discussions.

“At the moment we have not decided on anything. We will see how things go.”

The defender has been on Pirates’ books since 2016, having joined from Free State Stars, and during his time with the Soweto giants Chabalala has been sent to a few PSL clubs on loan, including Celtic, Chippa and Sekhukhune.

DStv Premiership newcomers Richards Bay are making a statement that they are not in the Premiership to add numbers but to compete and retain their ...
Sport
1 month ago

Folz would like Gallants to be strengthened with new recruits

New Marumo Gallants coach Romain Folz is not bothered by sceptics doubting his ability to change the fortunes of the Limpopo side.
Sport
1 month ago

Veteran Kaizer Chiefs defender Eric Mathoho looks to have survived the axe Amakhosi have been wielding on players who've been struggling with form ...
Sport
1 month ago