SA must be aware of the dangerous Oshoala 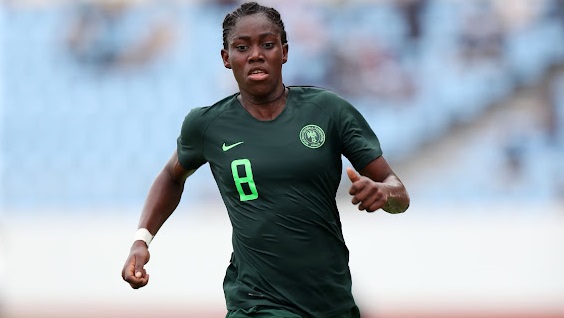 The Super Falcons are hot favourites to retain the title. Nigeria are 11-time Awcon champions and have always been there in the finals. Nigeria played two friendlies against highly ranked opponent Canada to prepare for the Awcon. The first game ended 2-0 in favour of Canada, who're sixth in the Fifa rankings, while the second tie was a 2-all stalemate in April. Nigeria qualified for the finals in Morocco by beating Ivory Coast in the final qualifying round.

Botswana may be the Awcon debutants but that they managed to beat Banyana in the Olympics qualifiers in 2019 mean they can't be taken for granted at all. How did the Mares earn a spot in Morocco? They destroyed Angola 7-1 on aggregate in the first round of the qualifiers, before relying on away goals to outshine Angola following a 3-3 draw in the last round of qualifiers. Their inexperience and lack of individual brilliance in the team could still disadvantage them.

Burundi thumped Eritrea 6-0 in the initial qualifying phase before demolishing Djibouti with 11 unanswered goals in the final round of the qualifying phase. They are the new kids on the block, having only started playing in 2000. They're also debutants like Botswana. It will be hard for the Swallows to stake their claim, given their inadequate experience as well. They're one of the darkhorses of this competition.

Meanwhile, Banyana are also favourites, having finished as runners-up five times in the past. SA have never clinched the cup and many believe the time is now for them to deliver. All eyes will be on poster girl Thembi Kgatlana, who won the Player of the Tournament and the leading scorer gongs, at the last edition in Ghana in 2018.

Banyana Banyana star Thembi “Pikinini” Kgatlana has a point to prove at the upcoming Africa Women's Cup of Nations (Awcon) from July 2 to 23 in ...
Sport
1 month ago

Banyana Banyana star Jermaine Seoposenwe has addressed the rumours that she had a fallout with coach Desiree Ellis hence she's not featured for the ...
Sport
1 month ago

Danny Jordaan is likely to be returned to office as SA Football Association (Safa) president for a third term ending in 2027 after tomorrow's ...
Sport
1 month ago
Next Article