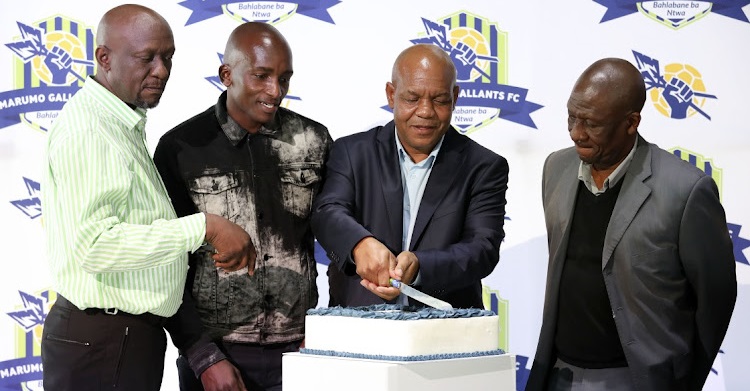 Marumo Gallants chair Abram Sello admits that hiring young coach Romain Folz is a bit of a gamble, but says he is hopeful he will succeed at the club.

Gallants surprised many when they named Folz, 32, as replacement for coach Dan Malesela, whose contract was not renewed despite guiding the club to a 10th place finish and the Nedbank Cup final before losing to Mamelodi Sundowns.

Folz joined the club from Township Rollers in Botswana and Sello said having seen him in the past, he could fit into their vision.

“We are taking chances. If you are a striker and you don’t shoot, you will never convert anything. We are taking our chances to make sure that what we believe in can be achieved,” Sello explained to reporters at after their press conference where they unveiled the coach in Sandton on Wednesday.

“With the vision we have, it can be achieved, and also we realised that he can fit into that despite his age. He is a video analyst as well. He analysed all our games from last season and he knows the team.

“So, it was very impressive. What is needed in business to be productive and to succeed is communication, two is the right plan and three is the implementation of what we got from him. We do not doubt that he will make a difference in our team.”

Asked if he felt Gallants were perhaps not repeating the mistake they made when they hired unknown Sebastian Migne last season, only to fire him after a few matches, Sello said he didn’t think so.

“In football, we live by implementations. If you don’t do it right, you are out,” he said.

“Secondly, we looked at the players we got. They are young and also they want to grow. So, they need someone whose mind will fit with theirs, someone who understands football. We expect a lot from him.”

Sello also defended the decision not to renew Malesela’s contract, saying it was only about contractual issues and nothing personal.

“I don’t see anything wrong or right. We respect contracts and promises, and we will go on like that.”

Bafana Bafana legend Lucas Radebe is disappointed that he is being overlooked in his own country while being recognised on the continent.
Sport
1 month ago

After being on hold for two years, the DStv Diski Shield will be making its return for a third edition in the upcoming football season.
Sport
1 month ago

Deal concluded: Royal AM on the verge of naming Maduka’s successor

Royal AM CEO Sinky Mnisi says plans to unveil the club's new head coach are at an advanced stage after former coach John Maduka left the team to join ...
Sport
1 month ago
Next Article