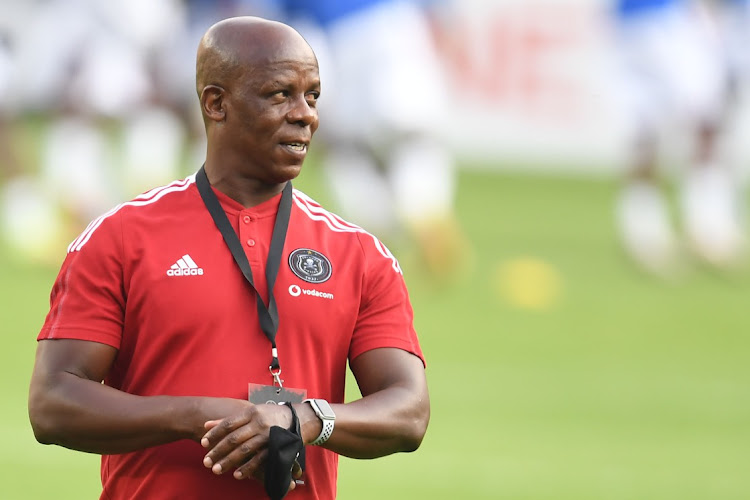 Despite losing their respective CAF finals, Mandla Ncikazi and Pitso Mosimane have made the nomination lists for this year’s awards.

Ncikazi, who guided Orlando Pirates to the Confederation Cup final before losing to RS Berkane of Morocco on penalties, was nominated for the men’s Coach of the Year award alongside Mosimane, who saw Al Ahly lose to Wydad Casablanca in the Champions League.

Mosimane’s 2-0 defeat to Wydad saw him fall short of becoming the only coach to win the Champions League title three times in a row and parted ways with the Red Devils after that.

Ncikazi was the co-coach along with Fadlu Davids at the Buccaneers but he was nominated alone due to CAF rules on coaching licences as he is recognised as the head coach.

Shandu was impressive in the Confederation Cup as he finished as Pirates' top goalscorer with four goals in 12 appearances plus an assist. Lorch also played a role in the Pirates' run in the competition, while Shalulile led Masandawana’s attack in the Champions League where they were knocked out in the quarterfinal stage.

Tau helped Ahly reach the Champions League final scoring three goals in the process. He stole the show when the Red Devils trounced ES Setif 4-0 in the semifinal first leg in Cairo when he netted twice and created two assists.

Pirates have also been nominated for the Team of the Year alongside Wydad, Berkane, Ahly and Petro de Luanda.

The awards ceremony, which is set to be held on July 21 in Rabat, Morocco, was cancelled due to the Covid-19 pandemic and will return for the first time since 2019.

It will be held ahead of the final of the Women's Africa Cup of Nations in Morocco starting tomorrow until July 23.

The fact the contract of Bafana Bafana mentor Hugo Broos stipulates that he will skip the Cosafa Cup, while his predecessors such as Gordon Igesund, ...
Sport
1 month ago

‘Safa presidential elections were a bit of a mess’ — Lucas Radebe

Why Zambian stars have flopped in PSL in recent years

Zambian talents have found the going difficult in the Premier Soccer League of late, failing to preserve the legacy left by countrymen like the late ...
Sport
1 month ago

Having officially retired from officiating at the highest level of SA football, Phillip Tinyani is proud of his achievements in the 17 years he has ...
Sport
1 month ago
Next Article