Folz would like Gallants to be strengthened with new recruits 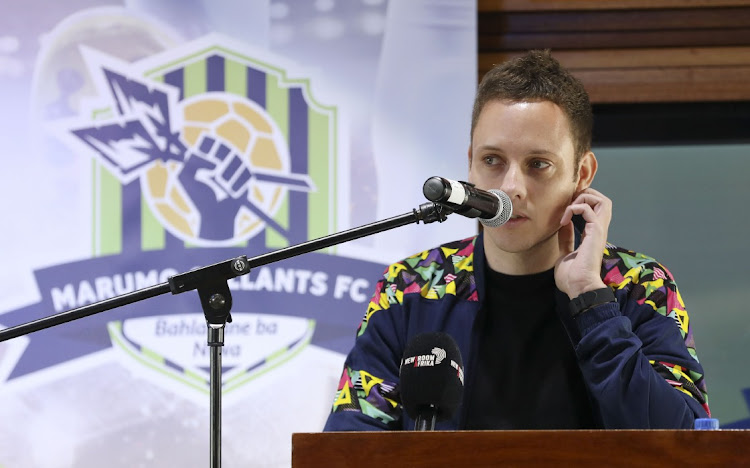 New Marumo Gallants coach Romain Folz is not bothered by sceptics doubting his ability to change the fortunes of the Limpopo side.

The Frenchman takes over the reins at Bahlabane ba Ntwana after the club parted ways with Dan Malesela at the end of the season.

The 31-year-old Folz, who joins Gallants from Township Rollers in neighbouring Botswana, is unfazed about the bigger challenge in the DStv Premiership.

“For me, it is not a big change because I’m very familiar with what I’m going to find here, having watched a lot of games and having met many players and having talked to many coaches,” Folz told the media.

“We have been in touch with the players for quite some time already. The preseason is pretty much set up and we know what we want to do and what we want to achieve as well in different areas, whether it is physical or tactical. I'm not going to cover every aspect.

“So everything is pretty much lined up. I still need to manage a few details, but the core idea of what we want to do is already there.”

Folz revealed that he had many teams in the Premier Soccer League (PSL), who inquired about his services during the season and that he decided to join Bahlabane ba Ntwa as he was happy with their project.

“The first contact with a few PSL teams came during the season in Botswana and I put everything aside and started to listen to them at the end of the season,” he said.

“Marumo was one of them and after speaking to different chairmen, I decided it was the best option for me and I’m happy to be here and starting work very soon.”

Another challenge for him in the PSL would be instructing players of his age and even older, given his relative youth at this level of coaching.

After meeting his players, the coach is happy with what he has seen but urged the club to strengthen the team.

“It is a squad which has a lot of quality, of course, but some additions might be welcomed to give a little bit more strength. The squad is good, but we can work on some few additions and it will be even better.”

Veteran Kaizer Chiefs defender Eric Mathoho looks to have survived the axe Amakhosi have been wielding on players who've been struggling with form ...
Sport
1 month ago

Despite losing their respective CAF finals, Mandla Ncikazi and Pitso Mosimane have made the nomination lists for this year’s awards.
Sport
1 month ago
Next Article