Veteran match official juggled refereeing with being a cop 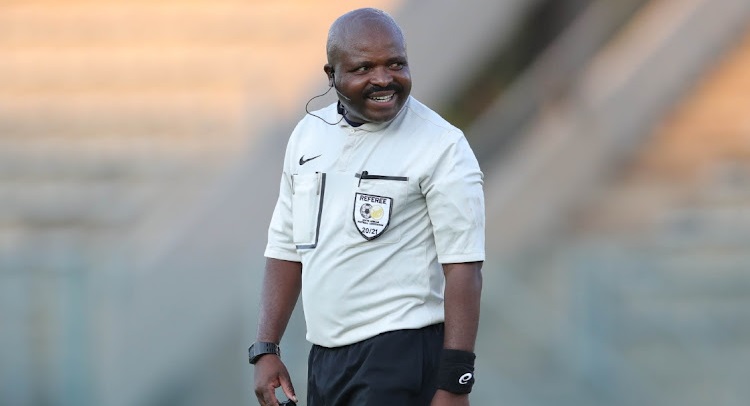 Having officially retired from officiating at the highest level of SA football, Phillip Tinyani is proud of his achievements in the 17 years he has been in the game.

Tinyani was a professional referee from 2003 until last year. During that time, he officiated in five Soweto derbies between Kaizer Chiefs and Orlando Pirates and was named the referee of the year in the 2014/15 season.

Speaking to Sowetan, the 47-year-old said he will look back at his officiating career with pride as he feels he has made many proud.

“I’m very much proud of the achievement. It is not everybody who reaches this age and still refereeing, you can count them,” Tinyani said.

Tinyani made his first Premier Soccer League appearance in the 2003/04 season and has served in top-flight football for the past 19 years.

Though he said his journey was not easy when he started, he said he didn’t lose hope as he knew what he was capable of.

“It was not an easy journey looking at a place where we are coming from. We were not privileged, from starting from the village,” he said.

“But once you get an opportunity, use it and others will see your potential, then it becomes easy. The road was not that good when we started because there was a time when I was in the panel, then I was removed.

“But since I came back in 2003, things have been going well for me. I was performing. Maybe the powers who were in charge at that time saw potential in me.

“So I was given a chance. But when things were not going well for me, I never gave up. When you are used to seeing the people you know, it tells you that you can also reach where they are.”

Tinyani, who is still part of the SA Police Service (SAPS), said it was not difficult for him to do his refereeing as he had a good relationship with the management of the police and they would allow him to travel anywhere.

“They were allowing me to go and ref and come back and work.

“Sometimes if I didn’t have a game I used to go to work even if I’m off, so it was not an issue. The reason we had a good relationship was that I declared to them that I’m also a co-ordinator to the referees in the SAPS.”

Just like his age-mate Victor Hlungwani, Tinyani will also not be lost to football as he will be part of Safa, scouting for future referees.

Marumo Gallants chair Abram Sello admits that hiring young coach Romain Folz is a bit of a gamble, but says he is hopeful he will succeed at the club.
Sport
1 month ago

Bafana Bafana legend Lucas Radebe is disappointed that he is being overlooked in his own country while being recognised on the continent.
Sport
1 month ago

After being on hold for two years, the DStv Diski Shield will be making its return for a third edition in the upcoming football season.
Sport
1 month ago
Next Article