Cosmos caught with pants down, forced to apologise 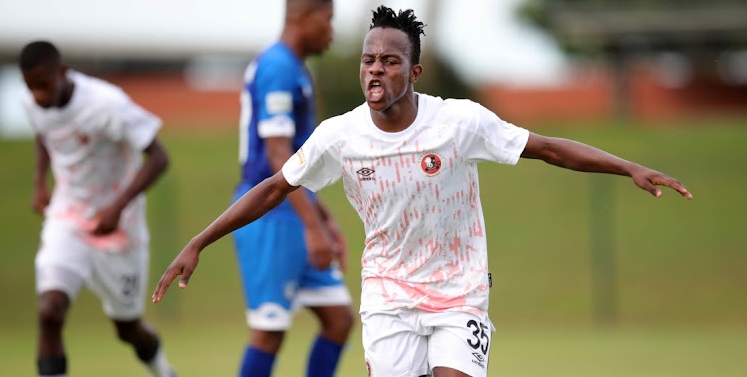 Tshepo Mohlala of Hungry Lions has been cleared by the PSL as legitimately registered.
Image: Samuel Shivambu/BackpagePix

PSL prosecutor Zola Majavu cracked the whip on Jomo Cosmos as he ordered them to pay more than R180,000 for their failed attempt to get GladAfrica Championship outfit Hungry Lions docked points.

In the final hour before meeting with the PSL disciplinary committee (DC) to hear their case against Hungry Lions and their player Tshepo Mohlala, Cosmos withdrew their complaint. Even though they withdrew the complaint, the case went ahead and was formally ticked off by the league on Monday.

"Having reflected on the documentation which we provided to the complaint, Jomo Cosmos elected to withdraw its complaint. Such withdrawal was formalised before the DC and on behalf of the league I accepted the withdrawal and so did the first (Hungry Lions) and second (Mohlala) respondents," said Majavu.

The withdrawal did not come cheap for Cosmos as they were instructed to pay the legal fees of Lions and Mohlala, a complaint fee and for the DC sitting which will be deducted from the admin. Like a mischievous child, Ezenkosi were also told to issue a public apology to the wronged parties.

"Jomo Cosmos is directed to make a formal apology directed to Hungry Lions and Tshepo Mohlala; pay an agreed amount in respect to the parties cost in the amount of R150,000; the complaint fee in the amount of R30,000. Cosmos was further ordered to pay the usual cost of the sitting, its cost will be administratively completed by the league," said Majavu.

Cosmos through their lawyer Chad Jacobs issued the public apology with Majavu watching over him.

"On behalf of Jomo Cosmos, we hereby issue a formal apology to Hungry Lions and Tshepo Mohlala and we wish them all the best for the upcoming 2022/23 NFD season," said Jacobs.

The apology was well received by Hungry Lions and Mohlala via their attorney Karabo Tshabuse.

"We accept the apology of Jomo Cosmos with regards to the complaint filed, on behalf of the club Hungry Lions and Tshepo Mohlala. We believe that the player has been vindicated and it has gone a long way to correcting any harm that may have been suffered.

Hungry Lions from Postmasburg are the only Northern Cape side in National First Division, SA's second-tier league. Last season they played their home matches at Sivos Training CentreStadium in Kathu.

Jomo Cosmos' last-ditch attempt to remain in the GladAfrica Championship has blown up in their faces after they bizarrely withdrew their complaint ...
Sport
1 month ago

Having made some serious moves in the transfer window, Kaizer Chiefs marketing and commercial director Jessica Motaung feels they are building a ...
Sport
1 month ago

Vilakazi counts on his history with Khenyeza to succeed

Golden Arrows co-coach Vusumuzi Vilakazi believes his long-time relationship with fellow co-coach Mabhuti Khenyeza will help them succeed as they ...
Sport
1 month ago